Home Arsenal News Henry to be given Arsenal coaching role? 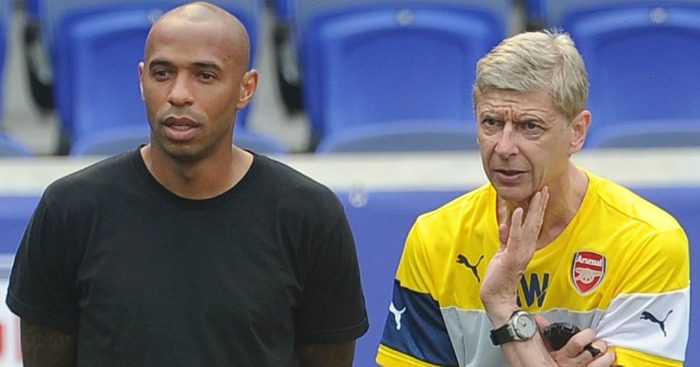 Thierry Henry will become assistant manager of Arsenal’s youth team next season, according to reports.

Goal.com’s exclusive claims that Henry, having completed his UEFA ‘A’ licence in March, will be officially announced as the assistant manager of the U18 team managed by Kwame Ampadu. Henry worked alongside Arsenal’s youth team coaches while he was earning his licence.

Henry came under criticism for the manner in which he earned his ‘A’ licence, having been fast-tracked by the Welsh FA. The availability of such a fast-tracking process was closed off by the FAW after the criticism received over the Henry affair.

Henry has been employed as a Sky Sports pundit since December 2014, but the report suggests that he will continue in that role, combining it with Arsenal duties.

The appointment would give kudos to the rumour that Arsene Wenger is priming Henry to take over as his replacement at the end of his contract next summer.

Glad Thierry Henry has an u18 role but it would be good if he could coach our senior forwards; Giroud 2 goals in 20 & Walcott 3 goals in 30.