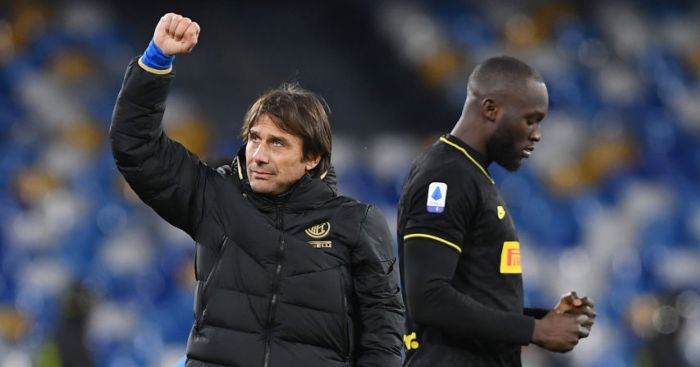 Who’s this week’s hero, Johnny?
This week’s hero is a multi-lingual 26-year-old Belgian striker currently bestriding Serie A at Inter Milan. Now at his sixth club since 2008 in a career which has seen him already rack up 435 games. He’s scored a grand total of 203 goals in that time which, by any standards, is pretty phenomenal, especially as he’s not played in especially stellar teams such as Everton, West Brom and Manchester United

Until his transfer to Inter from United there had long been a pervading feeling amongst the footballing cognoscenti that he hadn’t been quite appreciated enough. That he scored nearly a goal every other game for United, in a side that was malfunctioning, yet was shipped out even without a replacement being lined up is illustrative of this dismissive attitude towards him and his outstanding attributes.

There are those who have always suspected that there is a racist undertone to some of the criticism. That the language used to describe him is always that of physicality and rarely anything more sophisticated and this had led to him being seen essentially as a blundering big number nine and little else, when that is far from the truth.

To hear him talk very articulately about the poverty and racism of his childhood, it’s impossible not to feel admiration and empathy for him. He really has overcome a helluva lot on a professional and personal basis to emerge triumphant.

“I wanted to be the best footballer in Belgian history. That was my goal. Not good. Not great. The best. I played with so much anger, because of a lot of things … because of the rats running around in our apartment … because I couldn’t watch the Champions League … because of how the other parents used to look at me. I was on a mission. When I was 12, I scored 76 goals in 34 games. I scored them all wearing my dad’s shoes. Once our feet got to be the same size, we used to share.”

He’s been playing for his country since 2010 aged 17 and has scored 52 in 84 which is a pretty amazing international strike rate and he must stand a good chance of being top scorer at this year’s Euros. A proper smarty pants, he can speak French, Dutch, English, Portuguese, Spanish and a Congolese Swahili dialect, as well as being able to understand German.

Oh yeah, and our very own Daniel Storey is massively in love with him. That’ll be Romelu Menama Lukaku Bolingoli, then.

What have they done to deserve this then?
His two goals against Napoli at the weekend took his total to 16 in 23 in Italy this season. By November he had matched Real Ronaldo’s nine goals in his first 11 games for the club.

Everywhere Rom has played he’s scored absolute shedloads. He is as close to a guarantee of goals as you’re going to get, in fact. After starting out at Anderlecht and scoring 41 in 98, he moved to Chelsea and became one of the coterie of brilliant players that arrived at Stamford Bridge around the time and was promptly largely ignored. He left for West Brom after just 15 games without scoring – the only barren spell of his career to date apart from a 12-game stretch in that awful Mourinho Manchester United side.

After one season in the Midlands and a goal every other game he went to Everton for four seasons and netted 87 in 166, hence the £75million move to Old Trafford. While United recouped their money on the transfer to Italy, there was a general air of ‘what the hell are they doing?’ about the move, not least because he was their top scorer in a team that could fairly be described as very bloody average. Right now, there is big Rom-shaped hole in the team and it is emblematic of the club’s thought-free planning and ability to alienate great players

However, it’s not all been smooth going in Italy. He’s suffered racial abuse by some Cagliari fans in a season which, to say the least, has hardly shone a positive light on Serie A and its administration.

If you look at footage of his goals, what is clear is that if anyone still harbours the idea that he’s just a big centre forward who uses his 6ft 3ins frame to bully defenders, that is so far from the truth. Yes, he is physically imposing but actually, that central big number nine role he was asked to play is, some might say, all too typical of English football’s least progressive traditions. He has so much more than that.

At times he plays more like a skilful, nippy winger or wide man, often on the left. And as a lifelong fan of Real Ronaldo, it is impossible not to see at least some parallels with the great man when he’s bearing down on goal at speed and lashing one into the corner.

His other assets are often overlooked. At Everton he made 20 assists across four seasons; in his first season at United he provided seven. At Inter, he seems to be playing with greater freedom and is scoring all sorts of goals, from close-range headers to long-range strikes cutting in from both left and right, as well as using his pace to outstrip tardy defences.

Anyone grumpy about it?
Racists.

Reading his life story is to read a life spent, to this very day, fighting racial stereotypes and tropes. Throughout it all he comes across as incredibly firm-minded, driven and noble.

‘When things were going well, I was reading newspapers articles and they were calling me Romelu Lukaku, the Belgian striker. When things weren’t going well, they were calling me Romelu Lukaku, the Belgian striker of Congolese descent. If you don’t like the way I play, that’s fine. But I was born here. I grew up in Antwerp, and Liège and Brussels. I dreamed of playing for Anderlecht. I dreamed of being Vincent Kompany. I’ll start a sentence in French and finish it in Dutch, and I’ll throw in some Spanish or Portuguese or Lingala, depending on what neighborhood we’re in. I’m Belgian. We’re all Belgian. That’s what makes this country cool, right?’

Fans who always felt he was under-appreciated at their club are now looking at him really blossoming in Italy and wondering what might have been.

What the people say
One always fears in England that when the tabloid press decides to stick it to a player, it at least temporarily influences enough to get the notions they’re being sold set in their head. I think we can point to the booing of Raheem Sterling by England fans for proof of this. So I suspect even now in some peoples’ mind’s eye, Rom is just the lumbering giant that he was often reported or depicted as being. That he’s not considered, in that most heinous of expressions, ‘world class’ – which is a largely meaningless term that nonetheless seems to obsess those types who must rate everyone from first to last in some sort of overarching list, to make sense of the chaos of the world. And I do wonder if some of this negativity influenced the low volume of responses I got this week.

Joy at full throttle
Not a classic targetman
The complete forward

‘He’s got an exceptional scoring record, but much like Higuain in his prime, he’s still just that level below world class.’

‘How he left this country with a load of criticism ringing in his ears I’ll never know. Can look a bit cumbersome at times, but his record speaks for itself. Fantastic player.’

‘Never made sense for Utd to let him go without replacing him. An experienced proven PL goalscorer. Not surprised he’s doing well in Serie A.’

‘Play to his strengths and he will get your goals, lots of them.’

To expand on “I wonder why’. When Chelsea brought Morata it common to hear people say Morata was the cleverer footballer. Despite having nothing like Lukaku’s goal scoring record.

What does the future hold?
It’s far from impossible to imagine him dominating the goalscoring for a Euro-winning Belgium side this summer. With Inter topping the league right now and threatening to break Juve’s stranglehold on the title, he is certain to finish as their top scorer and thus be acclaimed a hero for a legendary win.

After finishing third in their Champions League group behind Barcelona and Dortmund, their round of 32 game in the Europa League sees them taking on Ludogorets. In what looks set to be a very competitive latter stages of the competition, a path to the final is far from out of the question.

His four years at Everton have been the longest stretch to date at one club, so a move away from Italy, especially given the vile racist atmosphere that seems to be ever-present, wouldn’t be overly shocking within a year or two. Now 26, one more big challenge surely awaits before finishing his career back in Belgium. Given his ability to understand so many languages, the world is his oyster.

One feels that he is still, in some ways, trying to prove himself to doubters. Maybe that is what drives him on more than anything. He does seem to have to fight more battles than most who are at the top of their profession. But it is without doubt that Rom is currently one of the finest, most effective, most reliable strikers playing in world football and should he decide to move again, he will have his pick of the cream of world football clubs as suitors and will continue to be a truly and genuinely inspirational man.