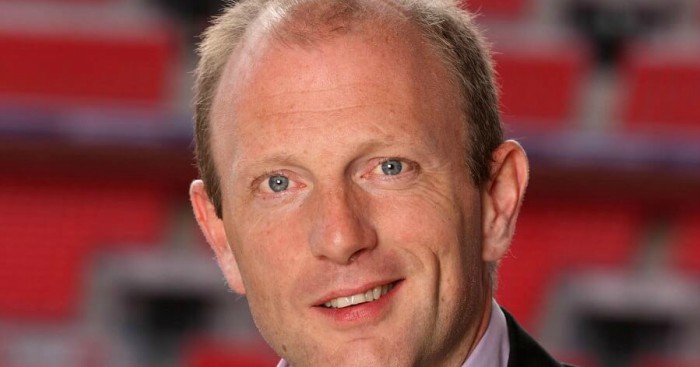 Who’s This Week’s Hero, Johnny?
This week’s hero is a man who has been in our football lives for three decades, starting out in 1990 on BBC Radio Leeds. From 1998 to 2013 he was the man behind the mic on ITV who wasn’t Clive. Often working alongside Jim Beglin and deploying some of the most poetic prose this side of Simon Armitage, he’s long had cult status as a kind of guilty pleasure that our ears couldn’t resist, perhaps even more so when he left mainstream ITV in 2013 to work freelance.

Since then, we’re never quite sure where or when he’ll appear. It could be at a World Cup, FIFA’s international feed, covering Champions League football on BT Sport or maybe an FA Cup game, or even on Pro Evolution Soccer. One fact remains, whenever and wherever he greets us, it is always a pleasure to hear his distinctive tone and wallow in his uniquely literary style. That’ll be Peter Drury, then.

What Have They Done To Deserve This Then?
Peter was voted Commentator of the Year at this week’s Football Supporters Association awards this week. After being won by Martin Tyler every year since oooh about 1959, this was both a surprise and a delightful win for one of the good guys which seemed as big a surprise to him as to anyone else.

But perhaps it shouldn’t have been so surprising. Peter has long had a loyal following for his unique style. A disciple of the great Peter Jones, he has a crisp, passionate and off-the-wall approach to describing action that is distinctly his and his alone.

In 2017 The Sportsman described his voice perfectly. “Drury’s voice is a marvel. At its calmest, it’s like a friendly but determined driving instructor. But when a goal goes in (or even threatens to) he becomes like an end-of-his-tether Head of Year who has just arrived a minute too late to find the science block has exploded.”

My favourite came in a Chelsea victory over Everton by 6 – 3 which left Peter rhetorically asking “Is this for real? Is. This. For. Real?” The pacing that his punctuation invests in the statement is what makes it so special and expresses that feeling of incredulity that is one of football’s core drivers.

He takes a modest approach to what he does. “I say this to everybody: people tune in for the football, not for the commentary. You only switch on to watch the match. A commentator might annoy you or he might please you, but he’s not who you’re watching.”

But what he doesn’t detail is how much a good commentator can add to the enjoyment of the game, just how much it can make the skin prickle and moisten the eye.

None more so than his classic “Roma have risen from their ruins” performance when Roma beat Barcelona 3 – 0.

In that and in all of his finest work, it is his ability to control his emotions enough to deliver the facts, but keep those emotions close enough to the surface to allow his words to be stirring and moving. It’s his ability to use repetition, alliteration and animalistic bellowing that captivates so profoundly; a perfect blend of head and heart, gut and guttural.

Somehow, and I really don’t know how he is innately able to do this, he is perfectly in synch with the rise and fall of the passion that football engenders. It’d be easier to be over-excited, easier to hold all your feelings in check, easier not to get caught up in the game. But that’s not Peter’s way at all. And here’s another amazing thing. Sometimes it is only in subsequent replays that we realise just how good his words have been. If caught up in the game, when a goal goes in, we become deaf in the emotional maelstrom. But listen to his work in hindsight and it reveals so much to be enjoyed. When he opens his throat and let rip, the intensity quotient is elevated massively.

Above all, he’s genuine. There’s nothing contrived, faux or prescripted about his work. It always feels to be from the heart. The words that fall into his synapses to describe what has just happened and that must derive from his intelligence, spirit and soul.

Anyone Grumpy About It?
Only people without poetry in their soul would have anything negative to say about Peter’s award this week. Only those people who think commentary is easy and always biased against their team – and those people do exist – but for the rest of us, we’re happy to see the man’s talents receive some high profile acknowledgement and celebration.

What The People Say
A year and a half ago, I wrote a Love Letter for Peter and a lot of broadcasters got in touch with me to express their admiration of the man. I think they deserve a second airing to show just how well-regarded he is within the industry

“It’s always a privilege to be on the same team as Peter. He’s classy, intelligent, helpful, enthusiastic and poetic. A master of his craft” – Lynsey Hipgrave, BT Sport.

“Commentary is the hardest job in football broadcasting. No rehearsals, no second chance, no idea what is about to happen. We’re blessed with some great guys on the mic at BT Sport – and PD is right up there. Also, absolutely lovely guy. No side, no agenda” – Jake Humphrey, BT Sport.

“Sets a standard to aspire to, but so uniquely brilliant you’d be mad try and replicate it. A poetic turn of phrase, quality of voice and natural exuberance to enhance any match. He’s a lovely bloke too, popular with colleagues, and generous with encouragement for us lesser mortals! He’d be entitled to have a bit of arrogance about him, but the complete opposite. He’s a top man. The global Premier League audience get the gifts every weekend, of course, and he and Jim Beglin in tandem is a great partnership” – Steven Wyeth, BT and BBC commentator.

“I”ve worked with PD, or the Reverend, for 20 odd years. He is everything you can wish for in a colleague and a commentator, but what shines brightest for me is his love for the sports he covers. He’s had some knocks, but the enthusiasm never dims. A brilliant wordsmith too” – Matt Smith BT Sport.

“That BT Sport Roma moment speaks for itself, as does so much of his work. I would just like to add how good he was to me (we had never met) when I tried football commentary four years ago (I’m a tennis commentator). He took my call and spent half an hour dispensing invaluable advice” – David Law, 5 live and BT Sport commentator.

“His use of language is just beautiful. I would also like to express my admiration for his description of dung beetles during the opening ceremony in South Africa. He is also an absolutely lovely man” – Kelly Cates, 5 live and Sky Sports.

“Peter Drury is above all a really nice bloke. And he’s a damn fine commentator as well” – John Roder, BBC, BT Sport and others.

And a couple of from this week, starting with our 4_4_Haiku

‘Top man. One of the nicest football people you could hope to meet.’ – Seb Stafford-Bloor

‘The commentator you would want when your club wins the biggest game of your life. His volume and cadence reflect the flow of the game, his turn of phrase is unparalleled and, most importantly and almost uniquely in his field, he improves the experience for the viewer.’

‘A broadcast poet. The way he runs things so seamlessly, we’d be forgiven for thinking it was easy.’

‘Just that he is one of the nicest people that I’ve worked with. And a wordsmith.’

What Does The Future Hold?
Although it feels like he’s been around forever, Peter is still only in his early 50s so must have a couple of decades of football poetry readings ahead of him yet. In a crowded market it is hard to vut yourself a niche, be distinctive and consistently enjoyable and Peter has done that with no little success and aplomb. He is a household name but I’d wager, only devoted fans know what he actually looks like. Long may he continue to make the hair on the back of our necks stand on end.

hero of the week Peter Drury