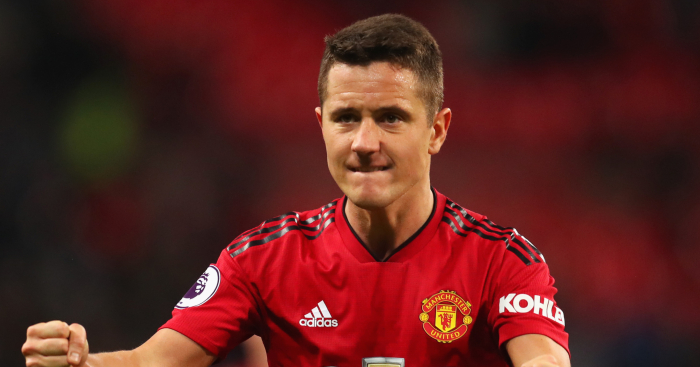 Ander Herrera felt “disrespected” by Manchester United after the club offered him a pay cut, according to journalist Duncan Castles.

The Spaniard, who announced a couple of weeks ago that he will leave Old Trafford as a free agent this summer, spent five relatively successful years at the club and was named Player of the Year in Jose Mourinho’s first season at the club in 2016/17.

Herrera, twice capped by Spain, joined United from Athletic Bilbao in 2014 and has gone on to make 189 appearances for the club, winning the FA Cup, EFL Cup and Europa League along the way.

Reports had suggested Herrera was intending to stay at Old Trafford and sign a contract extension, only for a lack of communication to see the Spaniard formulate a plan to leave.

And now Castles claims that United tried to offer him a new contract at the club but on worse terms.

“I think a key individual here is Ander Herrera, who has now left under freedom of contract. He was in a similar situation to De Gea in that he was asking for a new deal,” Castles told The Transfer Window podcast.

“I can tell you from more than one source, my information is that Herrera was actually proposed a pay cut by Manchester United to stay at the club – contrary to what you’ll have seen elsewhere, that he was demanding a massive increase to stay at the club.

“What actually happened, I’m reliably told, is they offered him a pay cut. He felt they disrespected him and then entered into negotiations with other clubs, including Paris St-Germain, he agreed a contract with Paris St-Germain and left.

“It has been noted amongst Manchester United’s playing group that players like Chris Smalling or Phil Jones, English players, have been given pay rises and substantial long-term deals to stay at the club.”