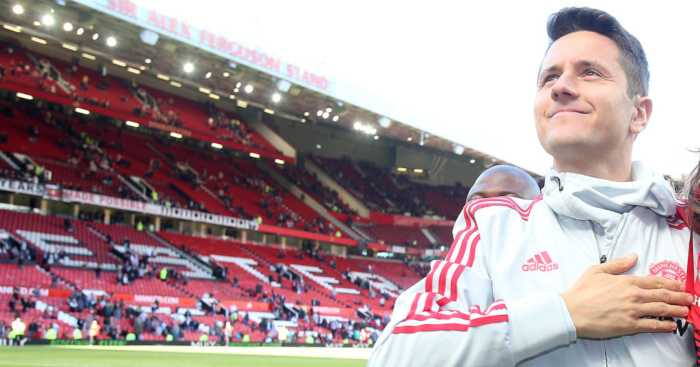 Departing midfielder Ander Herrera believes Manchester United manager Ole Gunnar Solskjaer has a “tough job” ahead of him but has backed the Norwegian to thrive at the club.

United concluded a difficult Premier League campaign with a 2-0 defeat at home to relegated Cardiff, leaving them sixth in the Premier League as they finished 32 points behind champions Manchester City.

Solskjaer admitted there will be no quick fixes as they attempt to bridge the chasm, though Herrera has faith in the former striker and his coaching staff.

However, Herrera, who announced at the weekend he will leave Old Trafford when his contract expires in the summer, pleaded with the club’s fans – and he now counts himself as one – to stay patient in the next few months and years.

“That is my opinion as a fan and as someone who knows the club at the moment.

“These fans are the best, they are amazing, but they need time. They need time because this is not going to be from the first day. The club will need time, confidence and support.

“I am sure they will give it but the only thing I ask for them is time because this is not easy.

It is a worn out cliche that ‘nice guys finish last’ but Herrera, who is believed to have committed to joining Paris St Germain after five seasons at United, thinks the opposite may be true in Solskjaer’s case.

Herrera added: “He is one of the best people I have ever met in football. Everyone loves him in the dressing room. Everyone wants to fight for him.

“When you have the players behind you and wanting to fight for you, part of the job is done.

“I believe in karma and if you are a good person, if you are honest and sincere with the players and the fans, sooner or later it will work.

“I think Ole is the right person because he has qualities and knowledge but also he is a great man and a great person.”

Herrera has made 189 appearances since swapping Athletic Bilbao for United in the summer of 2014, winning the FA Cup, EFL Cup and Europa League along the way, though a Premier League crown eluded him.

He said: “I have won some trophies but the league is something I wanted to win. This is the greatest and biggest club in England. That was one of my dreams but it is what it is.

“I have just tried to give my best always. Every time I was representing this club I have given everything.

“I have been here five years, not the five most successful years in the history of the club, but I have won four titles and lost two finals. In a bad moment for the club we have won some trophies. It shows how big the club is.”