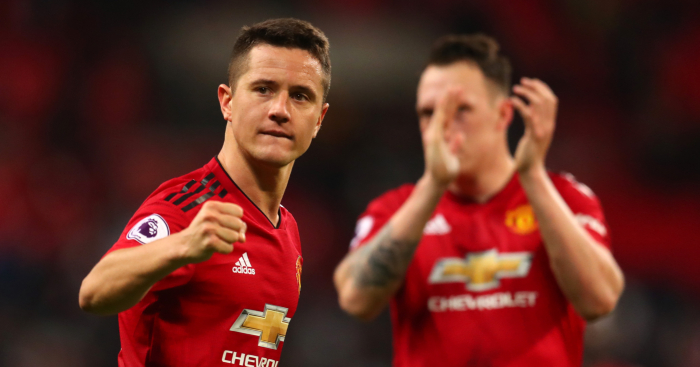 Ander Herrera is keen to stay at Manchester United as discussions over a new contract continue to progress, Press Association Sport understands.

The 29-year-old left Athletic Bilbao for Old Trafford in 2014, with the midfielder signing a four-year deal with the option of a further season.

United invoked that clause last year and Herrera’s contract is due to expire at the end of the season.

Although negotiations remain ongoing, the Spaniard’s desire to stay at Old Trafford means there is unlikely to be any major issues.

When asked about his contract after the 1-0 win at Leicester on Sunday, Herrera said: “If I deserve it, I will get it.

“I was player of the year two years ago and, I cannot lie, I feel very good at the moment. I feel in form, I can run a lot and recover the ball and I feel good when I have it at my feet.”

Juan Mata is another player out of contract at the end of the season, along with Ashley Young, who Press Association Sport understands is set to extend his stay at United beyond the summer.

Negotiations are also continuing with star man David De Gea, while it is understood the club have opened talks with Marcus Rashford over a new and improved deal.