Home All The News Herrera on future: ‘Man Utd and I are not thinking alike’ 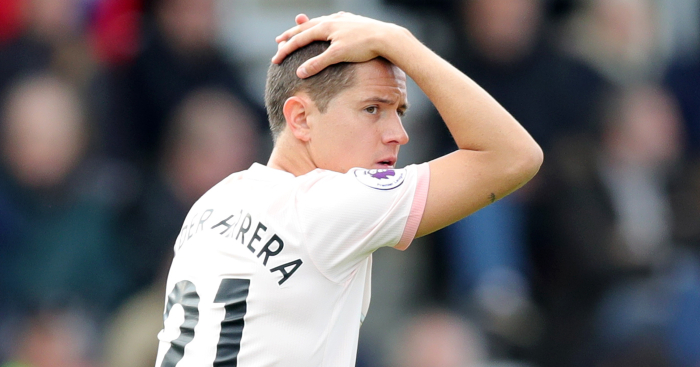 Ander Herrera claims he won’t “close any doors” as he decides his future but admits he and Manchester United are “not thinking alike” over a new deal.

The Spaniard only has a couple of months left to run on his current deal at Old Trafford and the two parties have been negotiating on a potential new deal for some time.

United reportedly face competition from a host of clubs, including Arsenal, Paris Saint-Germain, Barcelona and Juventus, who all want to sign Herrera on a free transfer in the summer.

And Herrera admits that United and his representatives are no closer to finalising a new deal at the club.

Herrera told Diario ABC: “It’s true that I only have two months left on my contract and as it is right now Manchester and I are not thinking alike and there is no renewal agreement.

“But my duty is still to continue to listen to United. What it’s clear to me is that I will continue playing for a big team. I take care of myself for that reason, I feel well and I want to continue in football for as long as my body allows me to because the day I retire I will begin to regret to have hung up my boots.

“I will listen to United, of course, but also to other clubs. I don’t close any doors.”