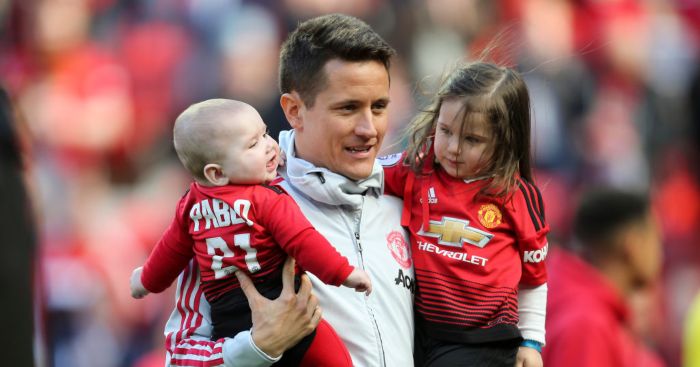 The Spanish midfielder, 29, was a free agent after calling time on his five-year spell with United.

Herrera told psg.fr: “Paris St Germain are the greatest club in France. They keep on improving and compete to win every possible title. I was looking forward to coming to Paris and wearing the colours.

“I hope to continue making history with the club – joining is an amazing feeling. I also love the city. Paris is the most beautiful city in the world.

“I promise three things: work, professionalism and passion. I also promise to improve my French because I think language is very important for team communication.”

Herrera, twice capped by Spain, made 189 appearances for United after arriving from Athletic Bilbao in June 2014. He would score 20 goals, winning the FA Cup in 2016 and a League Cup and Europa League double a year later.

Along with long-serving full-back Antonio Valencia, now back in Ecuador with LDU Quito, he was released from service at Old Trafford at the end of his contract last month.

Herrera represents further reinforcement in midfield for Ligue 1 champions PSG, who have already signed Pablo Sarabia to counter the loss of Adrien Rabiot to Juventus on a free transfer.