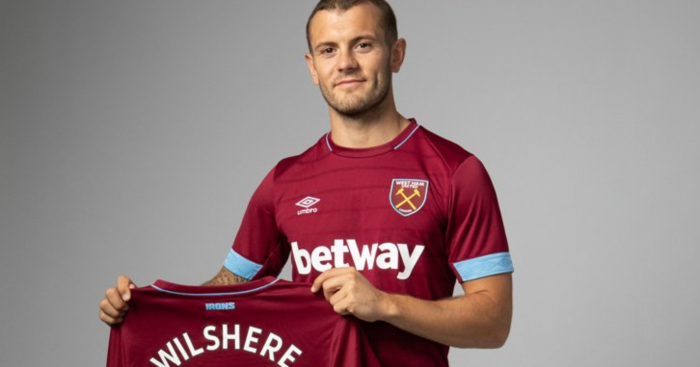 West Ham have announced the signing of Jack Wilshere on a three-year contract following his release by Arsenal.

The midfielder, 26, left the Gunners after 17 years when his contract expired last month.

“It feels good, it feels special,” said Wilshere on the West Ham website. “Many people know that I’ve had a special bond with this club growing up.”

Born in Hertfordshire, Wilshere grew up in a family who supported the Irons.

He said: “People will have seen the picture of me in a West Ham shirt and I’ve got good memories of my childhood supporting West Ham, watching them at Upton Park.

“It feels good and of course my family and a few of my friends are West Ham fans so everyone’s buzzing.”

Wilshere, who won the FA Cup twice with Arsenal and has 34 England caps, is set to fly out to Switzerland to link up with new West Ham manager Manuel Pellegrini’s squad at their pre-season training camp.

West Ham director of football Mario Husillos added: “Manuel and I identified him as a target as soon as we joined the club and we are delighted to have succeeded in securing Jack’s signature above a number of other teams.”