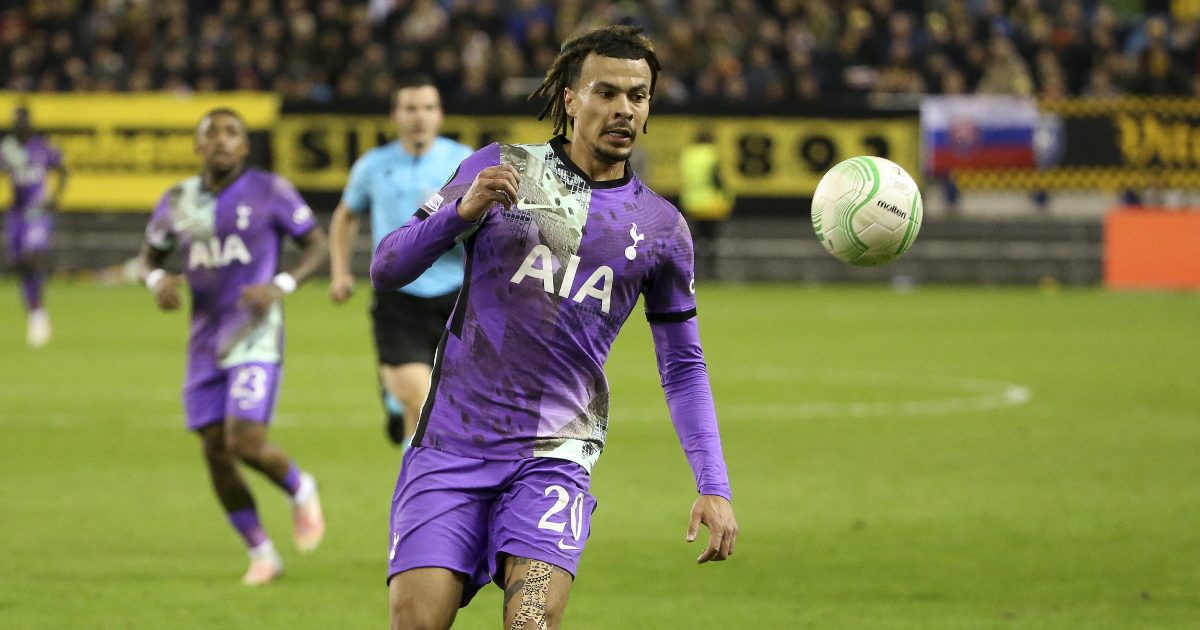 Neil Warnock has encouraged Dele Alli to leave Tottenham Hotspur and he believes the midfielder would be a “different player” if he was at Man City.

The Englishman has been a bit-part player for Spurs this season as his form has dipped over the past couple of years.

Alli was not included in Tottenham Hotspur’s squad that travelled to face Chelsea at Stamford Bridge on Sunday.

Spurs are reportedly willing to let the midfielder leave on loan. He has been linked with Newcastle United of late.

Warnock has been speaking about Alli’s situation. The ex-Middlesbrough and Sheffield United boss believes he “will find somewhere as he’s a good player when he’s on”:

“I’ll be honest with you, though, when you look at Dele Alli, if you put him in Man City’s team you would see a different player.

“He roves in a No.10 role and he’s as good as anything when he was. But they’re not getting that ball, they’re having to fight for everything to get a look in.

“They are not good enough at the back, so it opens all the positions. That’s why he’s got to go.

“He will find somewhere as he’s a good player when he’s on, but he’s just gone backwards.”

Paul Merson has encouraged Alli to sign for Newcastle United before the transfer window shuts:

“Newcastle should go to football’s equivalent of the dog rescue centre and pluck themselves a pedigree January signing,” Merson said.

“Dele Alli might not be just for Christmas, he might not even be there much after May if the Geordies do take the drop.

“Dele’s talent isn’t in question but he’s been out in the wilderness at Tottenham for far too long and he needs to do something.