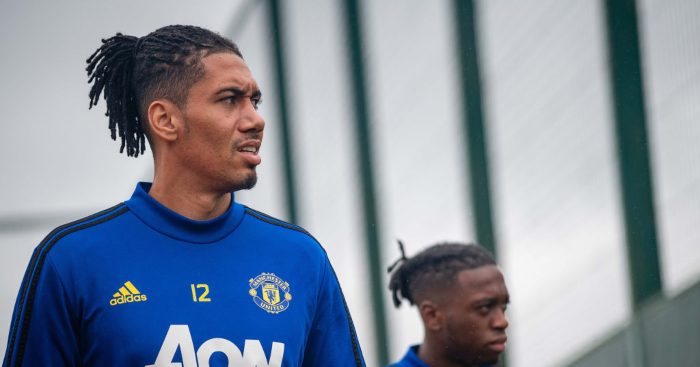 Ole Gunnar Solskjaer has confirmed that Chris Smalling is on his way to Italy to seal a loan deal with Roma.

The Norwegian has an abundance of centre-backs to choose from after Harry Maguire arrived from Leicester City in an £80million deal in the summer.

Despite that, Solskjaer reportedly blocked a deal that would have seen Smalling leave the club on transfer deadline day.

But now the United boss admits he can’t offer Smalling enough minutes on the pitch and Solskjaer has confirmed speculation that he is on his way to Roma.

“It’s just come up the last couple of days, this opportunity for Chris. Of course we sat down yesterday and discussed it,” Solskjaer told reporters.

“At the moment we’ve got six fit centre-backs. I couldn’t promise Chris regular football. He’s on the plane over now and I think he’ll enjoy the experience over there.”

On the chances of Matteo Darmian and Marcos Rojo leaving United before the European deadline, Solskjaer said: “I can see maybe maybe Matteo. There has been some interest in him, Marcos is staying definitely. We have a squad now which is less in numbers but still big enough and strong enough.”