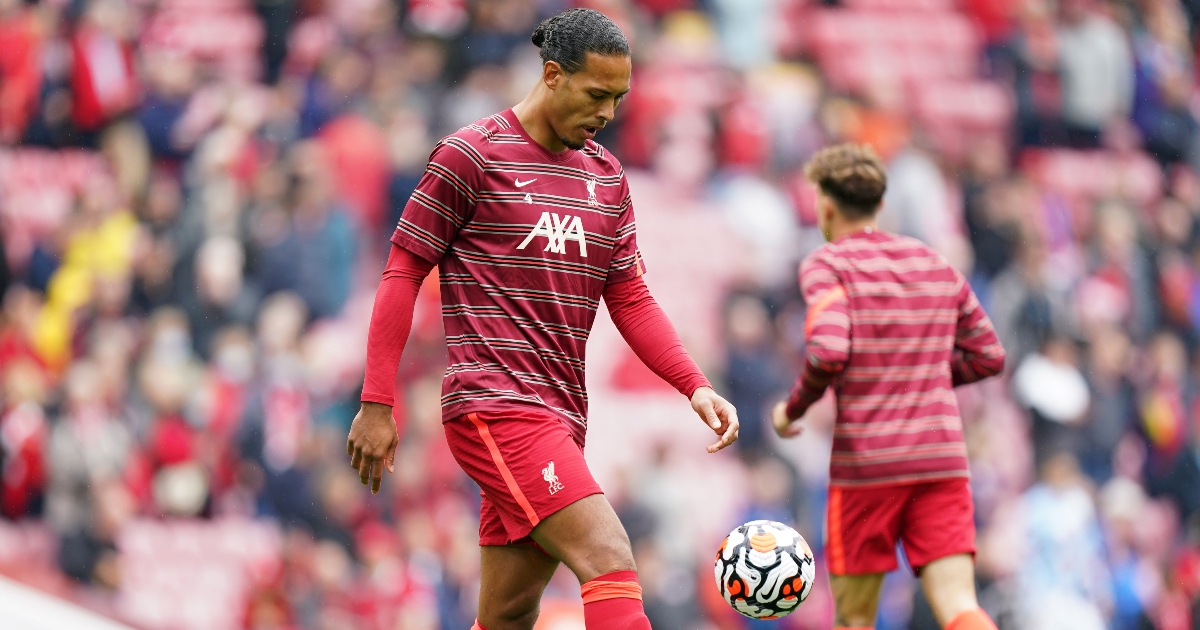 Van Dijk missed the vast majority of last season after picking up an ACL injury in October’s Merseyside derby against Everton.

Joe Gomez also suffered a long-term injury, prompting the Reds to delve into the transfer market early on this summer; announcing the signing of Ibrahima Konate from RB Leipzig for £36million back in May.

And Merson has emphasised how important van Dijk is to this Liverpool side, saying: “I watch van Dijk play and he’s a Rolls Royce.

“I see players play against him and they’re petrified. They get 1v1 and they’re like ‘it’s Virgil van Dijk’. They either kick the ball at him or turn back out and have a wild shot.

“Liverpool are a completely different team with van Dijk in it. For all the superstars, he’s the man.”

The Holland captain made his return to competitive action in the Reds’ 3-0 victory against Norwich City on the opening day of the season.

The following weekend Liverpool beat Burnley 2-0 at Anfield, the club’s first match with a full capacity Anfield since March 2020.

And on Saturday, the VvD will face his toughest test since returning to action.

The Reds welcome Chelsea and Romelu Lukaku to Anfield on Saturday evening, in what promises to be an interesting duel between van Dijk and the Belgian.

Elsewhere, Reds boss Jurgen Klopp has said that durability will be the key for the Merseyside club this season as they aim to mount a title push this season.

“We know this league, not only since this transfer window, which hasn’t even finished yet, is the strongest league in the world. I think nobody doubts that,” he said.

“Being ambitious in this league means you have to be ready to get some knocks, to get some punches here and there, you just have to get up and go again.”