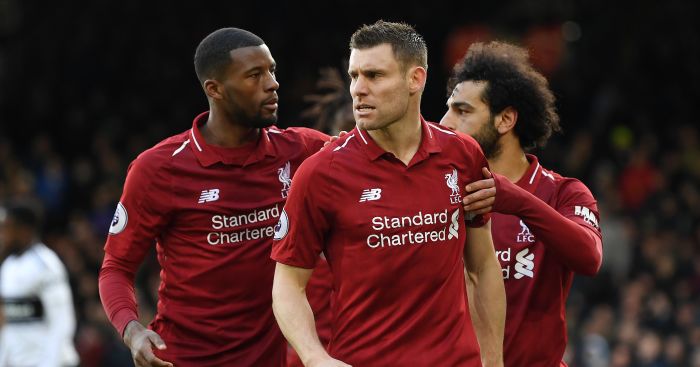 The Reds moved two points clear of Manchester City at the top of the league with a narrow 2-1 victory over Fulham last weekend, but Pep Guardiola’s men have a game in hand on their rivals.

Despite that, Heskey thinks the Reds now have a mental advantage in the title race and reckons it will be interesting to see if City can respond.

“It’s better to have the points in hand rather than having to go out there and fight for it.

“Manchester City have got to go into the next game knowing that they need to win that game, putting the pressure back on them and seeing how they fare with that pressure.”