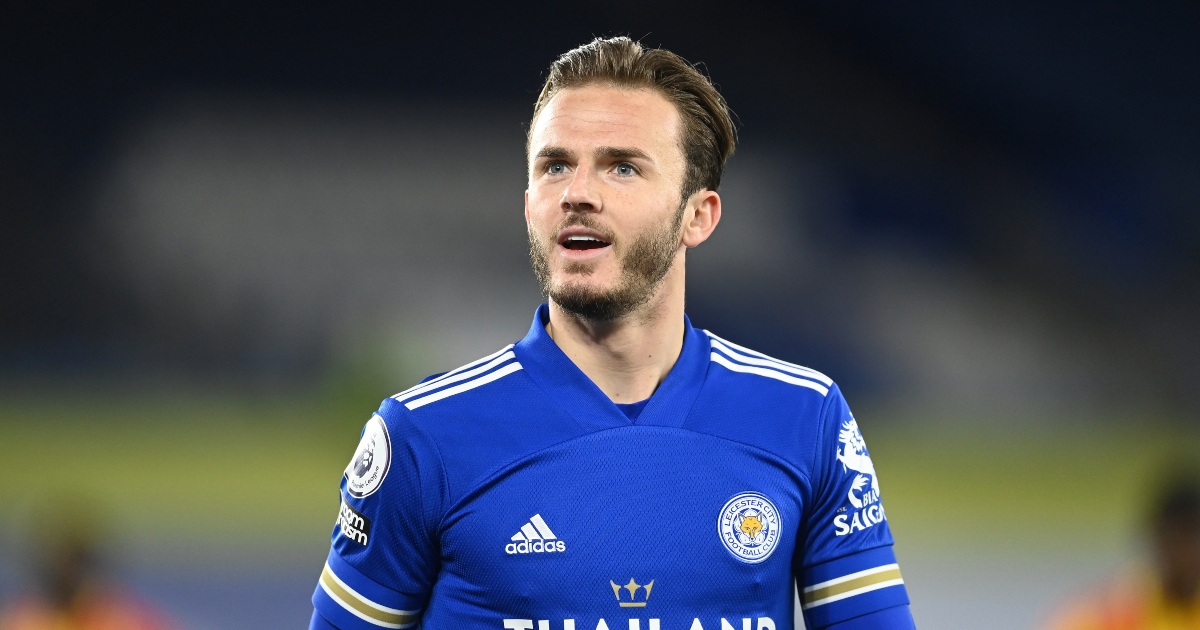 Emile Heskey believes that James Maddison will be back in the England squad before long if the midfielder continues to impress for Leicester.

Maddison made his only England performance in 2019 when he came on as a second half substitute in a 7-0 win over Montenegro in qualifying for Euro 2020.

The midfielder finds himself with some tough opposition for a role in the England squad with the likes of Phil Foden, Mason Mount, Jack Grealish all ahead of the the Leicester man at present.

Emile Smith Rowe narrowly missed out on the most recent England squad but the Arsenal youngster also appears to be ahead of Maddison.

However, former Leicester striker Heskey believes the 24-year-old can get back in Gareth Southgate’s plans.

Speaking to talkSPORT, Heskey said: “It’s great to have James Maddison at the top of his game. A lot of people don’t look at other things when your form dips. They just look at the fact you’re not playing well.

“Again, he’s had a new baby and I can vouch for that and say at times, it can be difficult with that. But we don’t look at all of that. We just look at what’s happening on the pitch.

“He’s gone from being up there with the Jack Grealish’s and Foden’s etc and is now having to deal with not being talked about in the same vein.

“So, he’s got to catch the eye of not just the manager, but the whole team and he will do. At the end of the day, you’re talking about a young lad. He’s not old. He’s still got plenty of time to achieve a lot of the stuff [he wants to].”