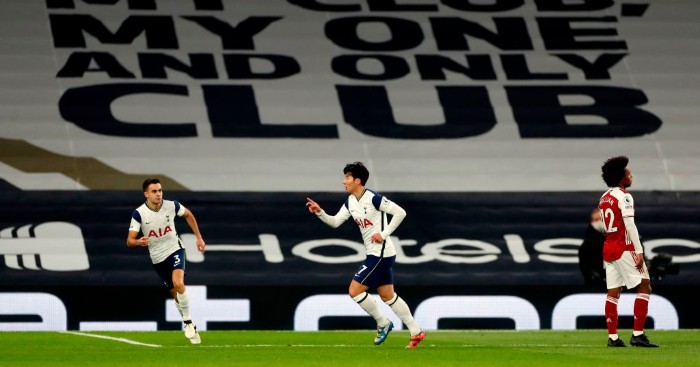 Tottenham star Heung-Min Son has won the FIFA Puskas Award for his amazing solo goal last season against Burnley in the Premier League.

The goal in question was scored in December 2019 at The Tottenham Hotspur Stadium. Spurs were already 2-0 ahead against Sean Dyche’s side before Son’s incredible goal.

The forward picked up the ball from deep into his own half. Son showed immense speed and skill as he sprinted past a number of Burnley players to find himself in on goal.

This remarkable solo move was rounded off as Son calmly netted past Nick Pope to put his side 3-0 in front.

The South Korean international was favoured for the award ahead of Luis Suarez and Flamengo’s Giorgian de Arrascaeta.

Elsewhere, Jurgen Klopp has been named as FIFA’s Best Men’s Coach for the second year running.

As cited by BBC Sport, Son said it was an “amazing feeling” to win the award:

“Great, great! It was so nice – when I got the ball, I tried to pass, received it in my own box, couldn’t find any option and started to dribble, and after two seconds was in front of the goal – it was such a surprise, such a beautiful goal.

“They (my team-mates) should give me more options… I am joking! I made a great run, great goal, so I am grateful for my team-mates as well.

“After I scored, I didn’t realise it was that amazing. After the game, I watched it again, and was thinking ‘wow, this is something special’.

“During the game you focus, afterwards I was so surprised that I was so far away, so many people around me. It was an amazing feeling.”