Home All The News Hiddink: Chelsea rebuild is ‘not a small job’ 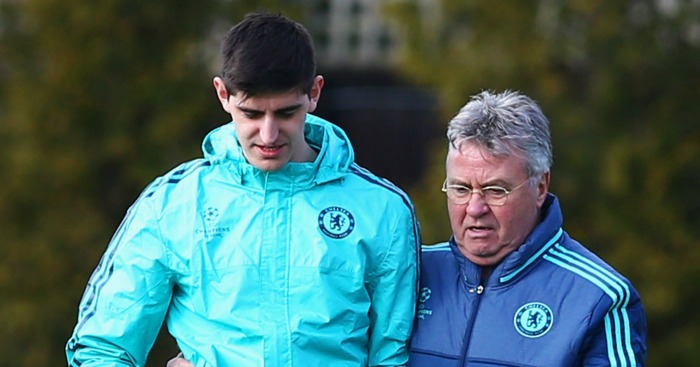 Reviving and rebuilding Chelsea is “not a small job” for Jose Mourinho’s eventual successor, interim boss Guus Hiddink has admitted.

The Premier League champions are 12th with 12 games remaining and the prospect of Champions League football next term seems to be dependent on winning the European Cup.

But the Blues trail Paris St Germain from the last-16 first-leg after suffering a first defeat in 12 games since Mourinho’s departure in mid-December, last Tuesday. Focus now turns to the FA Cup fifth-round tie with Manchester City this Sunday.

When asked about the scale of the task to come at Chelsea, Hiddink said: “Everyone has to make good analysis about the strength of the squad, about the weakness of the squad, and accordingly they have to react in building up, or making the squad stronger for next season. That’s not a small job.”

Hiddink insisted his focus was on the day-to-day improvement of the existing playing staff as rumours abound of managers being linked with the vacancy created when Mourinho left for a second time after a stunning fall from grace for the Blues.

Italy’s Antonio Conte, Massimiliano Allegri of Juventus and Atletico Madrid’s Diego Simeone are just some of the names linked with the job.

Hiddink, who is in his second spell as caretaker at Stamford Bridge, declined to undermine the work of the Chelsea board by commenting further.

“I don’t want to go into details,” he added.

“I am here in the interim period and the people who are not responsible for the every day, every-week stuff and games, they have the longer vision of what is the need of this club, they are in charge.

“I can, but I will not, walk on before their actions. They have to do it.”

Hiddink won the FA Cup during his first spell at the club in 2009. He was presented with a watch by the players ahead of the Wembley final, when Chelsea beat Everton 2-1.

It was engraved with the words “‘Thanks Boss’ or something like that”, Hiddink says.

The Dutchman added: “It was in the hotel when we were having dinner on the eve of the final. For me it was not a matter of winning the final but recognition from the whole team. I was touched.”

It has been reported the watch was worth £20,000, which Hiddink joked was not particularly generous of the players.

He added: “Twenty-five players… it’s not that expensive. It’s a little bit disappointing, when I try to calculate.

“I never wear a watch. But that watch has a special place in my house. It is not about the money but the idea and emotional value.”

Chelsea will again look to Diego Costa to lead from the front against City and Hiddink has been delighted with the desire shown by the striker, who eight days ago suffered a broken nose in training before playing on after having a protective face mask fitted.

“I think he is difficult to stop,” Hiddink said.

“I love when I have to put the brakes on players, or say stop, instead of pushing (them).

“Pushing is impossible at our level.”