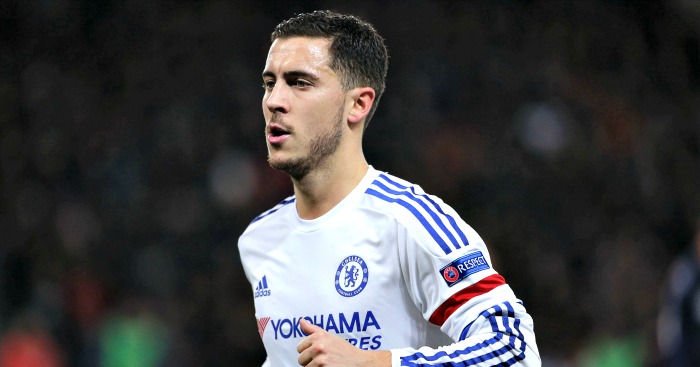 Eden Hazard was singled out for praise by Chelsea interim boss Guus Hiddink after the Belgium playmaker finally scored his first Stamford Bridge goal of the season in Sunday’s FA Cup defeat of Manchester City.

The 25-year-old was the recipient of individual awards for his stellar displays in Chelsea’s Premier League and Capital One Cup successes last season, but he has struggled for form this time around, including in last Tuesday’s Champions League loss at Paris St Germain.

Hazard, who sent a text message apology to Jose Mourinho after the Portuguese was sacked in December, showed signs of his best against a much-changed City and scored Chelsea’s fourth in the 5-1 win which set up a quarter-final with Everton. He also set up two goals.

It was just Hazard’s second goal of the season. Both have come in the FA Cup after his penalty in the fourth round at MK Dons on his first start following a groin injury in early January.

“Eden Hazard came back very strong. That’s what I like very much,” Hiddink told Chelsea TV.

“He has had setbacks in recent period caused by injuries and it’s not easy to come back.

“He trained well. Bit by bit he got more minutes in the games and it’s rewarded now by his assists and goal. That’s good.