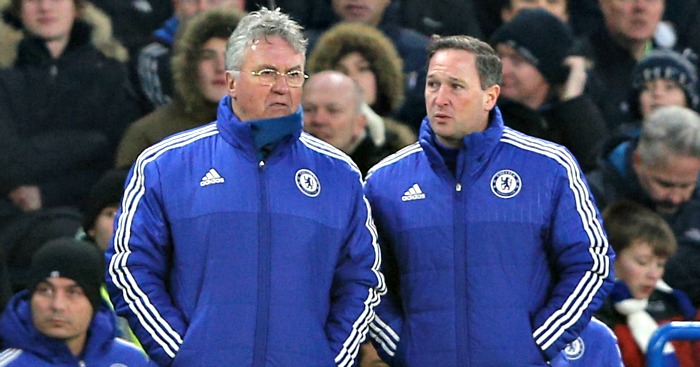 Guus Hiddink has revealed that he asked referee Mike Jones to add an extra minute stoppage time for Chelsea against Everton.

Controversy surrounds John Terry’s late equaliser for Chelsea at Stamford Bridge, with the club captain standing in an offside position before flicking the ball past Tim Howard in stoppage time to make it 3-3.

Roberto Martinez was enraged not only by that call, but also the fact that Terry scored in the eighth minute of stoppage time, despite only seven minutes being called by the officials. Minimum, Roberto.

“There was seven minutes extra time, so I said, ‘Ref, okay, they are celebrating at least one minute in the corner,'” Hiddink told BBC Sport.

The Dutchman added: “I will not deny it – it was offside because Oscar touched the ball, even though John was technically perfect [with his finish].

“I took some risks [at 2-0 down] and it paid off in a spectacular way. The team is very resilient.”