Home All The News Hiddink rates Chelsea chances at 50-50 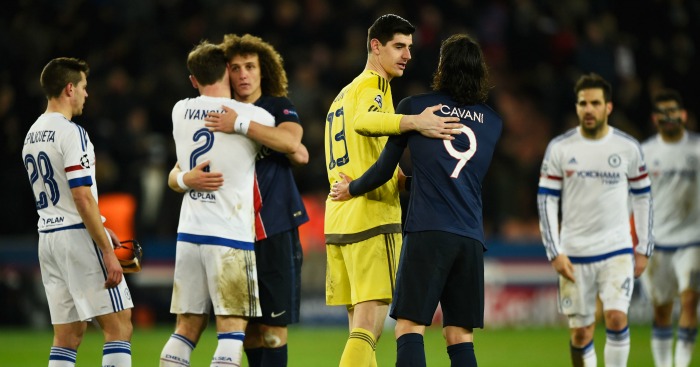 Guus Hiddink believes Chelsea have a good chance of progressing to the Champions League quarter-finals after John Obi Mikel’s away goal in the loss at Paris St Germain.

A rare strike from Mikel cancelled out Zlatan Ibrahimovic’s opener before substitute Edinson Cavani earned a 2-1 last-16 first-leg win for the hosts at Parc des Princes.

Away goals have separated these sides in the Champions League in each of the last two seasons – Chelsea won in the quarter-finals in 2014 and lost a year later at the last-16 stage – and Hiddink is optimistic Chelsea’s position is favourable ahead of the March 9 second leg at Stamford Bridge.

“I’m never happy with a loss but it’s not a dramatic loss,” said Hiddink, who saw his 11-game unbeaten run end.

Gary Cahill told BT Sport: “It’s poised now. We know what we have to do and we have done it before at home. We go all in now.”

Hiddink expressed jealousy at the options at Laurent Blanc’s disposal after Cavani.

“I envy a bit the bench of PSG. They have a very strong bench,” Hiddink said.

Chelsea’s defensive effort was impressive, but Eden Hazard made a limited impact.

The Belgian playmaker, who chose the eve of the match to reveal it would be difficult to turn down a move to PSG, did little to boost any potential transfer fee and was withdrawn 19 minutes from the end.

Hiddink said: “He has to grow and when he does, his shape will grow as well. Happily we also have Oscar for his position. He will be better and better.”

Diego Costa had earlier had a header tipped on to the crossbar by Kevin Trapp and Hiddink rued further missed opportunities.

“We could have been a little bit more lethal in the four, five counters we made,” he added.

John Terry missed the trip to Paris and may have to wait for his 700th Chelsea appearance as he is a doubt for Sunday’s FA Cup fifth round tie with Manchester City.

Hiddink will not rush the captain back.

“We’ll see,” he added. “We must be careful. We must not go into a situation where he will drop back into a longer period of injury.”

Blanc rued the concession of an away goal and said PSG would strive to score at least one of their own in London in three weeks’ time.

“When you play at home you need to be stronger in defence because, if you concede a goal, it effectively counts double,” Blanc said.

“Chelsea scored, so we go to Stamford Bridge eager to score ourselves.

“We’ll have chances, most likely, so it’ll be about defending well but we are an attacking team. We have chances to score there. I hope we do.”