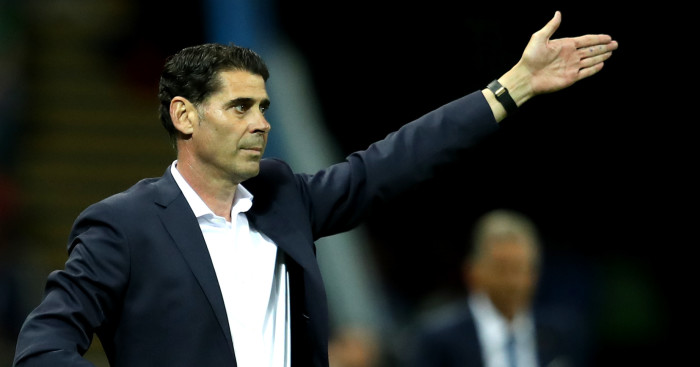 Spain coach Fernando Hierro has warned his players to take nothing for granted despite a 1-0 win over Iran which puts them on the brink of qualifying for the World Cup knockout stages.

Diego Costa’s fortuitous 54th-minute strike proved enough to see off the Iranians and means Spain will guarantee a top-two finish in Group B if they take a point off already-eliminated Morocco.

But Hierro insists the problems posed by Iran – who thought they had equalised only for Saeid Ezatolahi’s effort to be ruled out by the video assistant referee – indicate there can be no guarantees in Russia.

Hierro said in the post-match press conference: “I think there are 32 great teams here at this World Cup and no-one is giving anything away, so anyone who thinks it is going to be very easy to score and win by a landslide is wrong.

“In some groups two teams have already qualified, but our group is very tough. Morocco lost 1-0 to Portugal but they were fighting to the end.”

Hierro acknowledged his own team will need to improve after they allowed themselves to grow frustrated with Iran’s dogged defensive performance until Costa’s timely breakthrough.

“As a 23-man group we are very committed – we are one team and that is how we will play until the end,” added Costa. “We know we still need to improve but hopefully as we do that we will keep winning.”

Iran coach Carlos Queiroz revealed himself to be a big fan of VAR technology despite the replays having ruled out Ezatolahi’s strike because of a marginal offside.

Queiroz said: “For me VAR has come in 10 years too late. If we had six more months (without it) maybe we would have had a point – but it is good for the credibility of football.”

Queiroz said he was proud of the performance of his players and insisted they will continue to confound expectations as they head into their final group game against Portugal.

Queiroz added: “We showed tremendous fighting spirit against a favourite to win the World Cup. There is no doubt Spain play wonderful, stylish football but I thought we deserved a better result.

“We came to this World Cup and nobody gave us a chance but we can still qualify for the second round and I think that is something we should applaud.

“We can guarantee that we will keep working for our dreams, and our dream is to qualify for the second round. We know it will be difficult against Portugal but we don’t come here expecting easy things.”