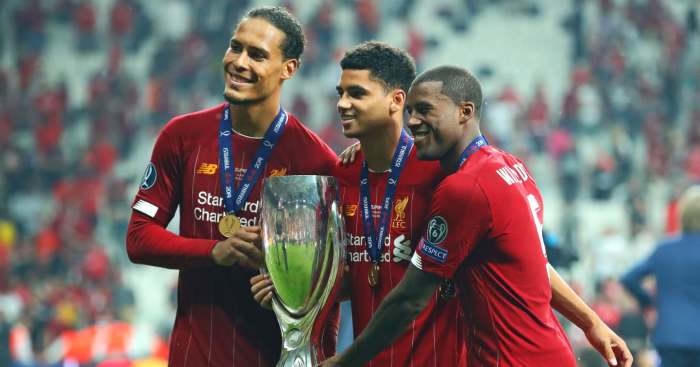 Harvey Elliott has been named in Liverpool’s 29-man squad for the Champions League as another youngster misses out.

The Reds won the competition for a sixth time last season when they defeated Tottenham 2-0 in Madrid to bag Jurgen Klopp’s first trophy at Anfield.

Liverpool were named in Group E alongside Napoli, Red Bull Salzburg and Genk and now they have picked the players to help them mount a defence of their crown.

Klopp has chosen to select four goalkeepers with Andy Lonergan making the squad as well as Alisson, Adrian and Caoimhin Kelleher.

Nathaniel Clyne misses out after he suffered a long-term knee injury during the summer and could be out for up to six months.

Summer purchases Elliott and Sepp van den Berg make the cut, while Ki-Jana Hoever – who made his senior debut in the FA Cup last season – is not included.

Here’s the squad in full…