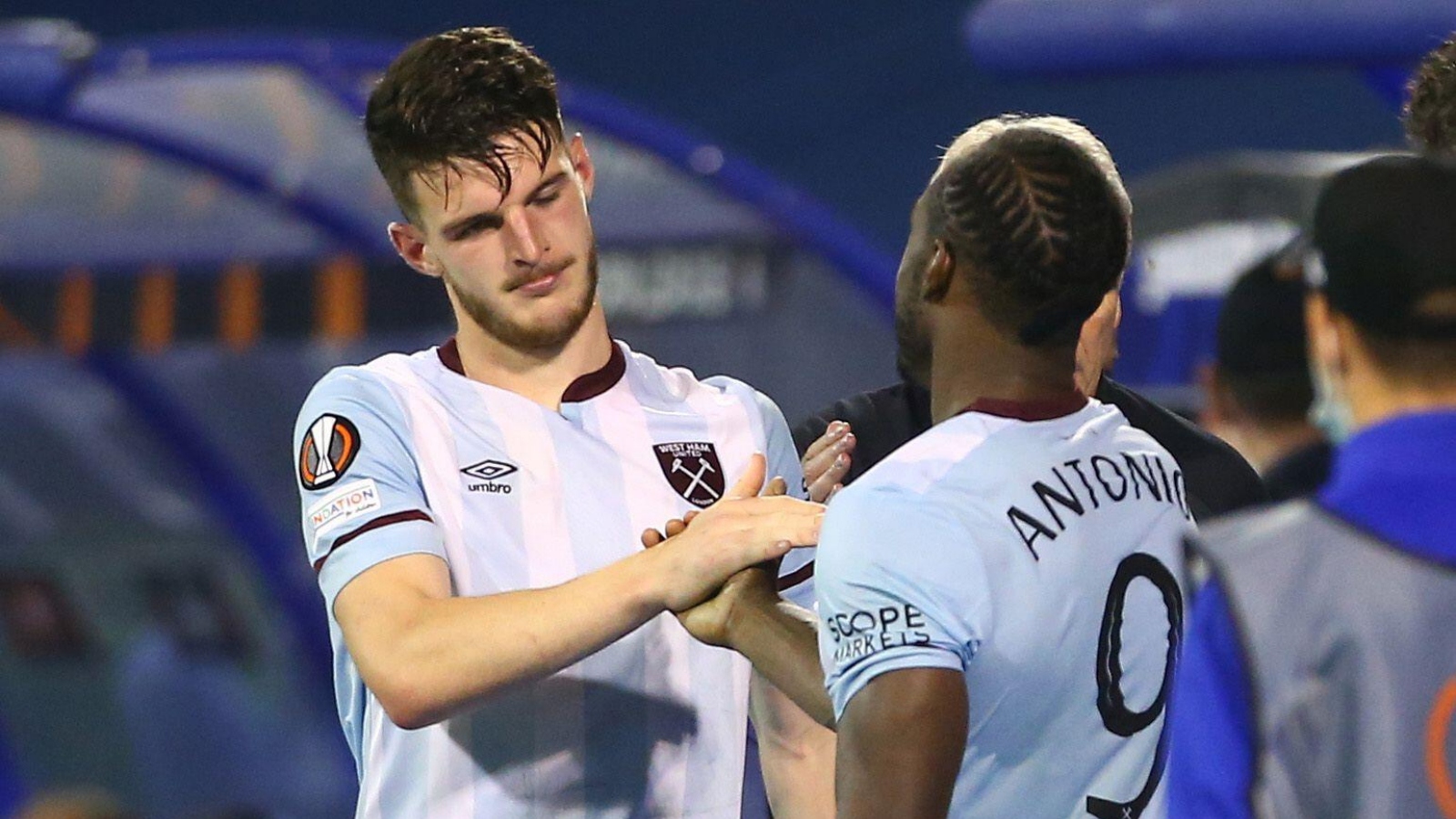 Michail Antonio has said that he will be “happy” for Declan Rice if he chooses to leave West Ham this summer.

The England international has been heavily linked with a move away from the London Stadium with Chelsea and Manchester United reportedly interested.

Fabrizio Romano reported last month that Rice had rejected a ‘third’ contract offer and is ‘open’ to moving on this summer.

He has quickly blossomed into one of the best midfielders in the country and helped his side reach the last four of the Europa League this season.

Rice’s West Ham teammate, Antonio, has waxed lyrical about the 23-year-old, claiming that he is far from reaching his full potential.

“But what he’s doing right now, he’s up there with one of the best in the Premier League already.”

Michail Antonio says he will support any decision Declan Rice makes on his future with West Ham ⚒️ pic.twitter.com/VVY7318ZiH

Antonio insists he will be “happy” for Rice no matter what he decides to do this summer.

Meanwhile, Hammers captain Mark Noble says he is fully focused on finishing the season ahead of his retirement.

West Ham still need points in their bid to qualify for Europe next term and that is all that Noble is concentrating on.

“There will be tears for sure,” said Noble ahead of what could potentially be his 549th appearance for his boyhood club.

“I’m not bothered at all if I play. I’ve spoken about it with the manager, and for me the club getting into Europe again, into the Europa League, outweighs a sentimental send-off for me.

“Obviously I’m going to get a great reception, I know that, and if I get some minutes, great. But I have played enough minutes in my life.

“We need to worry about getting the points rather than worrying about me.”