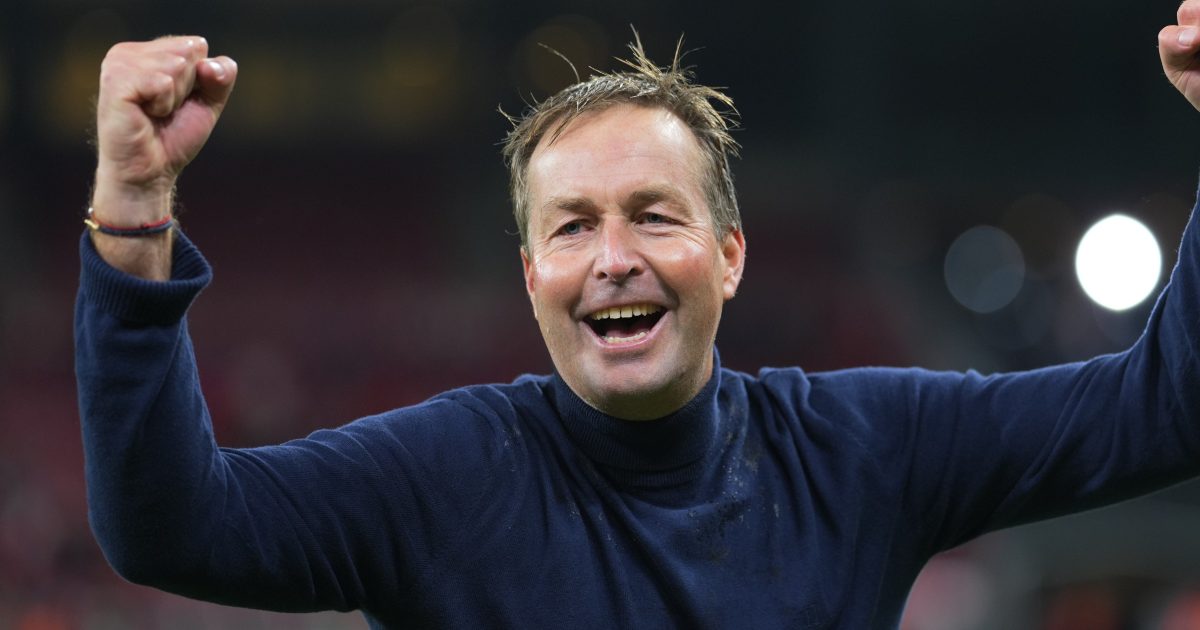 Denmark boss Kasper Hjulmand has insisted that he is “happy” where he is as he will not be “going anywhere right now” amid reports linking him with Aston Villa.

Hjulmand took over as Denmark’s manager last year. He previously had spells in charge of Mainz and Nordsjaelland.

The Danes were the big surprise packages at this year’s European Championships. They were beaten 2-1 by England after extra-time in the semi-finals of the tournament.

The 49-year-old has won 17 of his 24 games in charge of Denmark. He has been linked with the vacant Aston Villa manager’s job in recent days.

Dean Smith left the Villans on Sunday. This came after the West Midlands outfit lost five consecutive games in the Premier League.

As reported by Sky Sports, Hjulmand has told Ekstra Bladet that he is still committed to Denmark as he “loves the job” he is in:

“I’m happy to be the Danish national coach, and I’m not going anywhere right now.

“I’ve only just started. I am in the process of finding out what this team can do. I love the job.

“For me, it is a big challenge to see how far we can go. How well we can get to play, because we have a very exciting team.”

After leaving Villa, Smith suggested that he would have guided them to a top-half finish this season if he kept his job:

“To be appointed the head coach of Aston Villa, the club I supported throughout my childhood, was and remains something I am extremely proud of.

“Having led the club back to the Premier League ahead of schedule and at the first time of asking after three years in the Championship. The next challenge was to help overhaul the squad and create a group good enough to survive that all-important first season back in the Premier League.

“In doing so, I believe those achievements allowed the club to accelerate its ambitions to become an established Premier League club.

“My belief was that we would continue our progression this season. I understand the football industry and of course, I respect the owners’ decision. But I felt that with important players soon returning to full fitness we would achieve a top-half finish.”