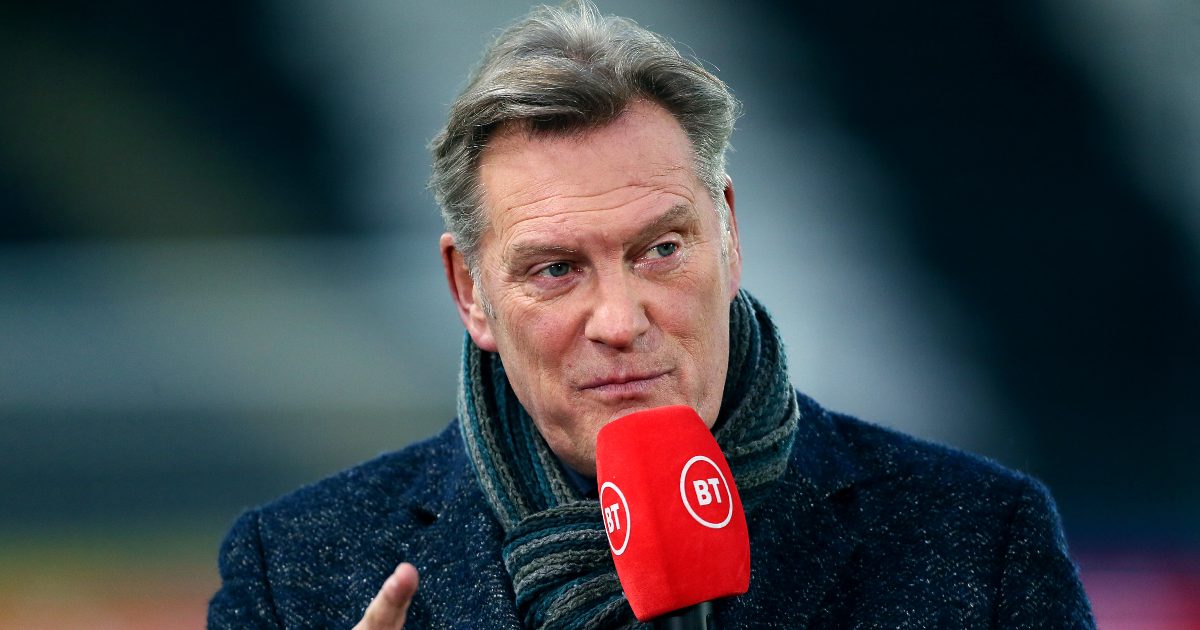 Glenn Hoddle knows the challenges of managing Tottenham better than most, but believes Antonio Conte is the best man to get it right.

Conte was announced as Nuno Espirito Santo’s successor before the international break and is tasked with taking Spurs back to the top table of English football.

Hoddle, who has documented his life and career in his new autobiography ‘Playmaker’, had dreams of doing similar when he took the job in 2001, but it did not quite work out like that.

READ MORE: Villa, Norwich and the illogical world of replacing a manager

The 64-year-old’s love for the club shines through in the book, but he feels he was not given the backing required to rebuild an ageing squad, expressing frustration with the way chairman Daniel Levy conducted transfer deals.

Conte is a man known for demanding funds – a factor understood to have been key in why initial talks broke down during the summer.

Hoddle, who watched Spurs as a boy and went on to play for them for 12 years, says Conte is the best man for the job and must be given the power – and money – to overhaul the squad.

“I think the appointment was as best as Daniel could have made at that time,” he told the PA news agency.

“Out of anyone out there, I don’t think you could have picked anyone better if Daniel’s attitude has slightly changed now. It must have changed from when he went for him in the summer.

“I think there’s a lot of positives here. He is somebody that knows what he wants from a team. He will demand that and he will demand money if it’s not working his way.

“I think they’re in a really strong position if Daniel knows the circumstances and Conte says, ‘Look, if it doesn’t work out with certain players, they’ve got to go. I’ll rebuild. And I’ve done it with other clubs and have been successful’.

“And I think Daniel’s got to buy into that now. If that’s the case, then yes, we’ve got the right jockey on the horse.”

Hoddle could be forgiven for looking at Conte with a flash of envy as his time in the dugout at White Hart Lane remains a source of irritation.

The former England manager details at length in his book how that two-year spell was the most frustrating time of his career.

He had a vision of rebuilding the club, but continually endured frustration in the transfer market, telling the story of how the club missed out on Fernando Morientes and Samuel Eto’o because of dithering.

“It’s disappointing because you’ve got a goal, you’ve got a vision of where you want to take your team,” he said.

“There wasn’t the finances at the club at the time. There was too much politics going on behind the scenes.

“It was not what I wished for, but I have no regrets at all going as Tottenham’s manager, not at all. It was my club and the love that I’ve got for it.

“I think that the sort of crossroads was really, for me as a manager, was the (2002) League Cup final (defeat to Blackburn). If we win that cup final, I think the whole thing changes for me and for the club, I really do.

“And I think money might have been well spent then afterwards, but it was waiting for that trophy. And we came very close to doing that early in my career there.

“If that goes the other way, if we win that final it was a stepping stone for us to really take the place somewhere.”

Hoddle has not been the last manager to suffer at the hands of Levy’s notorious handling of transfers.

The club missed out on their biggest chance to become a real dominant force recently as, after Mauricio Pochettino had got them challenging for the big honours, they went through two transfer windows without signing anyone and things went quickly south.

Hoddle has commended Levy for his transformation of the club off the field, but says it is needs matching on the pitch.

“He had his way of dealing with negotiations, which I found slightly different to what I would be used to,” the former midfielder added.

“But obviously, as a businessman that was his style. He’s got his own style. And I felt that was sometimes difficult at a football club, it might have been fine in other businesses.

“But what he’s done off the pitch with what he’s done at Tottenham, with a stadium and everything on the business front is second to a miracle. It’s fantastic work he’s done.

“But it has to go hand in hand with building a squad. And I think, just looking at it as a fan, I think it needed to be built on around the (2019) Champions League final time.

“That was an opportunity to build a squad and I think that time was missed.”