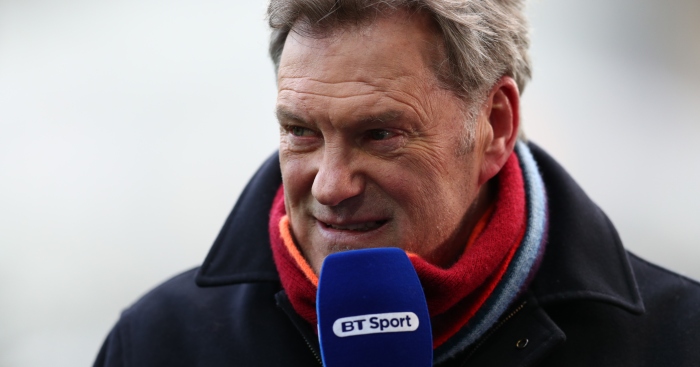 Former England manager Glenn Hoddle has revealed how he was “brought back to life” by the quick action of a special constable’s first-aid training after his heart stopped following a cardiac arrest.

Hoddle collapsed after appearing on BT Sport as a pundit on his 61st birthday during October 2018.

A member of BT Sport’s production crew, Simon Daniels, used first-aid training to help Hoddle in the moments after the medical incident. Hoddle was later admitted to St Bartholomew’s Hospital.

Following surgery, the former Tottenham and England midfielder responded well to treatment and was able to recuperate at home.

Hoddle revealed in an interview with The Sun on Sunday how close he had been to not pulling through.

“My heart stopped for at least 60 seconds. I was gone. The engineer ran to me and brought me back to life. I wouldn’t be here if not for him. It just wasn’t my time to go,” Hoddle said.

“Robbie (Savage) and I had been playing the ‘keepy-uppy’ game at the end of the programme.

“Robbie said that after the credits rolled I was just at the moment of volleying the ball back to him when I fell backwards and smashed my head on the floor.

“It’s ironic that if I had died, the last thing I would have done on this earth was kick a ball. What a way to go. It could have happened on live TV. The timing of everything on the day was incredible.”

Hoddle, who won 53 caps for England from 1979-88, while as manager he took his country to the 1998 World Cup finals in France, added how Savage thought the fall was playful “banter” before realising “something very serious had happened” and calling for help.

“Thank God first-aider Simon was nearby and got to me so quickly. If he had been in the toilet, or left the studio, or not on duty, I would not be here to tell my story,” Hoddle continued.

“He performed chest compression and fitted a defibrillator on my chest to keep me alive.

“Simon is a mild-mannered guy and was apologetic afterwards because something kicked in during the emergency and he was ordering everyone about.

“He told strangers, ‘Do this, do that’. He is a volunteer policeman and was embarrassed.

“It goes without saying if my cardiac arrest had struck on the golf course, or when I was watching Spurs play in the Netherlands a few days earlier, I’d be a goner.”

Hoddle’s fall led to concerns he had suffered a brain injury, before attention turned to his heart.

Paramedics were swiftly on site before an air ambulance took him from Stratford to the nearby Royal London Hospital in Whitechapel and later to St Bartholomew’s.

“It keeps hitting me in waves, how lucky I am despite everything. The stars were aligned in many, many different ways,” said Hoddle, a two-time FA Cup winner with Spurs.

“I’m just so grateful to everyone.”

The 61-year-old added: “It was some birthday. My gift to myself was a second lease of my life.”

Hoddle also won the 1984 UEFA Cup with Tottenham, as well as the Ligue 1 title at Monaco under Arsene Wenger.

He had spells as a player/manager with both Swindon and Chelsea and also had stints in charge at Southampton, Tottenham and Wolves.

Hoddle revealed his “mind has been blown” by the messages of support received after he was taken so seriously ill.

“I was unaware of all the attention and scrutiny about what happened. I am so humbled by it, and grateful,” said Hoddle, who is helping support a campaign by the British Heart Foundation to get defibrillators bought for grass-roots football clubs across the country.

“It’s uplifting, and getting so many positives has been a big part in my recovery.

“Despite what happened to me, I feel the luckiest man alive. I’m so grateful to still be here.”