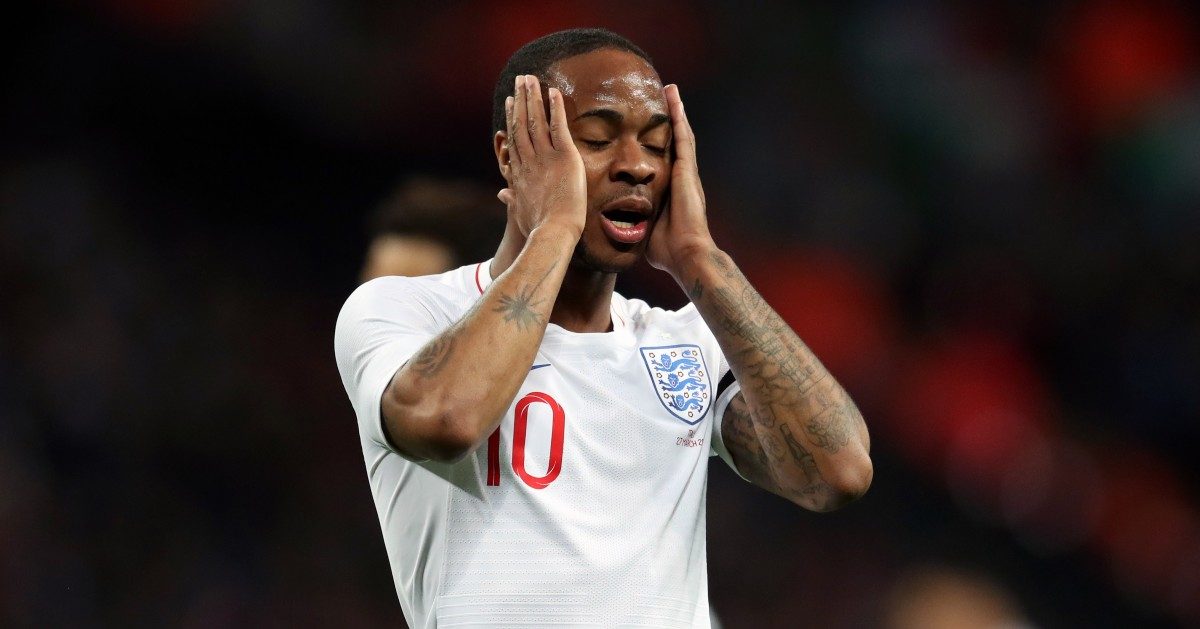 Glenn Hoddle has urged Gareth Southgate to consider playing Raheem Sterling as a right wing-back for England at Euro 2020.

Southgate has Reece James, Kyle Walker and Kieran Trippier as options on the right side of his defence, following the withdrawal of Trent Alexander-Arnold through injury.

Ben White – who has been called up to the squad as Alexander-Arnold’s replacement – can also play in that position, but Hoddle believes Southgate should consider playing Sterling on the right if he opts for three centre-backs.

MEDIAWATCH: England have seven CL finalists; what a ‘nightmare’

Hoddle said: “It’s a blow, Trent Alexander-­Arnold not being fit. If Gareth does decide to play a three, he would have been perfect.

“Sometimes, though, you can play a winger in there. I did it with Darren Anderton and David Beckham. He could ask Raheem Sterling to ­perform that role.

“Let’s face it, where do modern wingers end up?

“Raheem could do it, he’s ­disciplined enough.”

He added: “I don’t think the three of them should start. ­Grealish has a fitness problem. We saw that as he had that ice-pack on his shin after the Austria game.

“He is going to be an impact player. He’s going to come on from the bench if you need a goal – or even if you are one-up because he carries the ball and draws fouls. I wouldn’t worry about him going on at 1-0 up, ­thinking, ‘We need a defender here’.

“No, he’s a release player. He gets you up the pitch and slows it down if you are winning it. He’s perfect. He’s different from Foden and Mount.

“I’d play them either side of Harry Kane in pockets and ask the ­full-backs to provide the width.

“I’d play Kalvin Phillips and Declan Rice – don’t pigeon-hole Phillips as a holder, he’s better than that. He can pass the ball, he can release people. He’s shown that with Leeds.

“Phillips is not ­always looking square, nor is Rice. They do more than just pass the ball square.