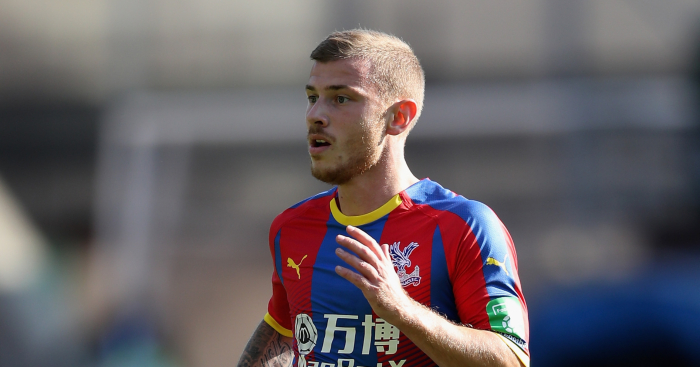 Meyer has yet to start a top-flight clash for the Eagles following his summer move from Schalke but the 23-year-old, who has won four caps for his country, has four replacement appearances to his name.

He made his full debut in the 1-0 Carabao Cup win at Swansea, and could now be primed for a return to the starting XI for Tuesday’s League Cup clash at West Brom.

“I’m very happy with Max,” said Hodgson of Meyer, who featured off the bench in Saturday’s goalless Premier League draw with Newcastle.

“He’s been training very well, and we like what we see.

“He’s a Premier League player and will keep on showing that.

“Max knitted our play together very well when he came on against Newcastle; he’s very lively and he’s always in my thoughts to play.

“We like what we see with Cheikhou Kouyate as well, though they are certainly different types of player.”

Palace dominated throughout against Newcastle but could not break the deadlock.

Hodgson may shuffle his pack for the trip to the Hawthorns to face his former employers, and admitted the likes of Palace stalwart Jason Puncheon are itching for competitive action.

“We’re lucky at the moment as we have competition for places in that area of the field,” said Hodgson.

“Jeffrey Schlupp didn’t play, Meyer didn’t start the game, I have Jairo Riedewald and Jason Puncheon too, which is quite a nice problem to have.

“We could have easily had six points from our last two league games, but it’s four.

“But I’m aware that’s what football is, especially at this level because the teams are usually quite evenly-matched at this level.”