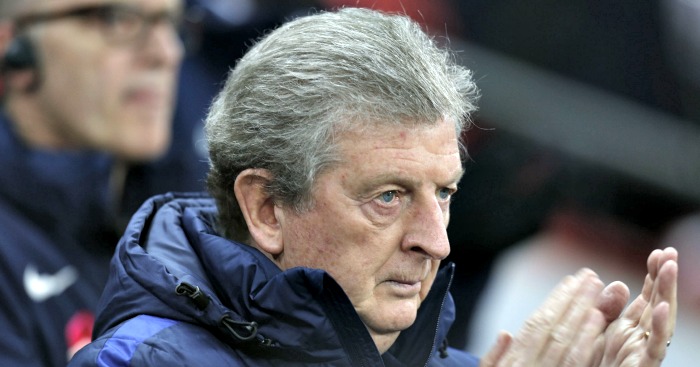 Roy Hodgson has called for English football to stop being weighed down by previous disappointments, insisting his Euro 2016 squad must not be held accountable for “the sins of the father”.

Before England’s first warm-up match of three, against Turkey at the Etihad Stadium, the national manager launched a passionate plea for perspective.

It has escaped nobody’s attention that this summer marks 50 years since England’s last, and only, major tournament victory but Hodgson wants what is an exciting and relatively unscarred squad to be judged on their own merits.

Only four of the 26 players in Hodgson’s provisional squad have more than 40 caps, compared to 13 who have 10 or fewer, and he prefers to make a clean break with the past ahead of the summer’s tournament in France.

“Maybe it might be the time to leave off these lads a little bit and stop trying to batter them with past failures of previous England teams going back to 1970 to 2014,” he said.

“We don’t want them to be fearful. This group don’t have baggage. They aren’t weighed down by the sins of the fathers. That’s what our message will be.

“Maybe we should, in actual fact, be looking forward more to what these young players could possibly do for us rather than to expect them to take some sudden revenge for the fact that the 2014 tournament was not highly regarded in terms of our performance.”