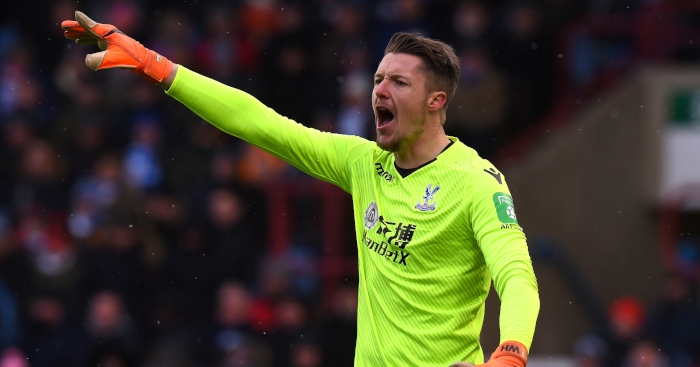 Crystal Palace manager Roy Hodgson always believed Wayne Hennessey was innocent of making an alleged racist gesture during a club meal but felt the Football Association had a right to investigate.

Hennessey, 32, denied making the gesture in a picture posted on Instagram by his German team-mate Max Meyer as the players celebrated their FA Cup win against Grimsby in January.

The Wales international claimed in a post on Twitter that he was calling out to the person taking the photograph with any resemblance “absolutely coincidental”, and requested a personal hearing.

Following a lengthy process – which had also seen Hennessey facing a possible sanction for an ‘aggravated breach’ as it included “reference to ethnic origin and/or race and/or religion and/or belief” – an independent regulatory commission found the charge to be not proven.

Former England boss Hodgson welcomed both the final outcome and the due diligence of the governing body in taking the matter so seriously.

“We always believed 100 per cent in his innocence, I have said that on several occasions, but I also understand when there is an incident which needs investigation, I am fully behind the FA taking up that investigation,” Hodgson said.

“I can only congratulate them on this instance of the thoroughness of the investigation. I believe it was eight hours yesterday that Wayne and the people there were arguing the case.

“I am very happy that after that very thorough investigation he has been cleared of charges because I always believed he would be innocent of those charges.

“I have no change in my attitude in that respect, but I think that going through the process, the FA have come out of it well.

“They have shown that in an incident like this, which raises doubts, they are prepared to research it, take it as far as it needs taking, and then luckily for us the verdict has been that he is innocent as we have believed all along,” Hodgson added at a press conference broadcast by the club.

Hennessey had earlier given his reaction following Friday’s announcement.

“I’m delighted that the FA have found me not guilty of this charge,” he said on the club’s official website.

“This was a genuinely innocent moment, which appeared to be something completely different when captured on camera.

“I want to state for the record that I abhor all forms of racism, fascism, anti-semitism or discrimination of any kind.”

Hennessey has seen his place in the Palace starting XI taken by Vicente Guaita after he was sidelined through injury following the Premier League win at Burnley on March 2.

The 32-year-old, though, did feature for Wales during the international break.

Palace are away at Newcastle on Saturday and Hodgson expects a response from the midweek home defeat at Tottenham to keep themselves ahead in the fight for survival.

“We don’t take anything lightly going into these last six games,” the Eagles boss said.

“We realise we have got to be fighting and battling and doing all the things we need to do to get points on the board.”