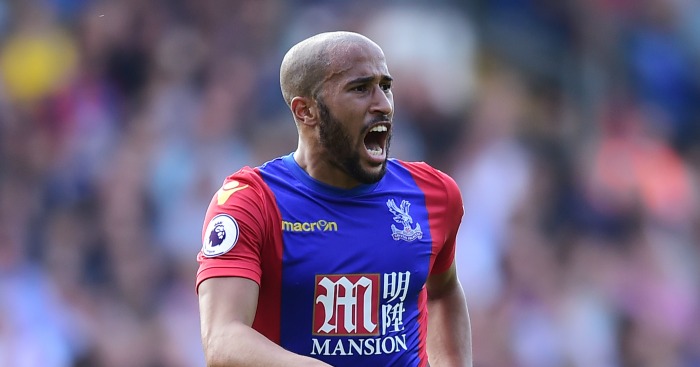 Roy Hodgson believes his reunion with Andros Townsend at Crystal Palace is a ‘win-win’ for both men.

In last weekend’s 2-1 defeat of Chelsea the winger played in a front two with Wilfried Zaha and produced perhaps his finest performance since his arrival at the club 16 months ago.

On Saturday at Newcastle he returns to the club he left for £13million following their relegation, hoping to build on his improvement after a long period of inconsistency.

It was under Hodgson with England that the 26-year-old Townsend most regularly impressed, but though the manager insists there is no secret involved in inspiring him, he is relishing his potential.

“I saw his talent and believed he could do well,” said Hodgson. “I hope I have encouraged that but I also like to think I have done it with a lot of other players.

“I have not singled Andros out and said ‘I am definitely going to give you the encouragement’. That is the way I work and luckily you meet players like Andros who respond very well to it. It is a win-win situation.

“He likes what he is getting and feels it is helping him become a better player, and I like what I am getting because I am getting a player who will help my team win.

“I do not think it is difficult to get the best out of Andros Townsend. He is a natural enthusiast. He loves playing football. He is a hard worker who takes his football very seriously. He is a very good professional.