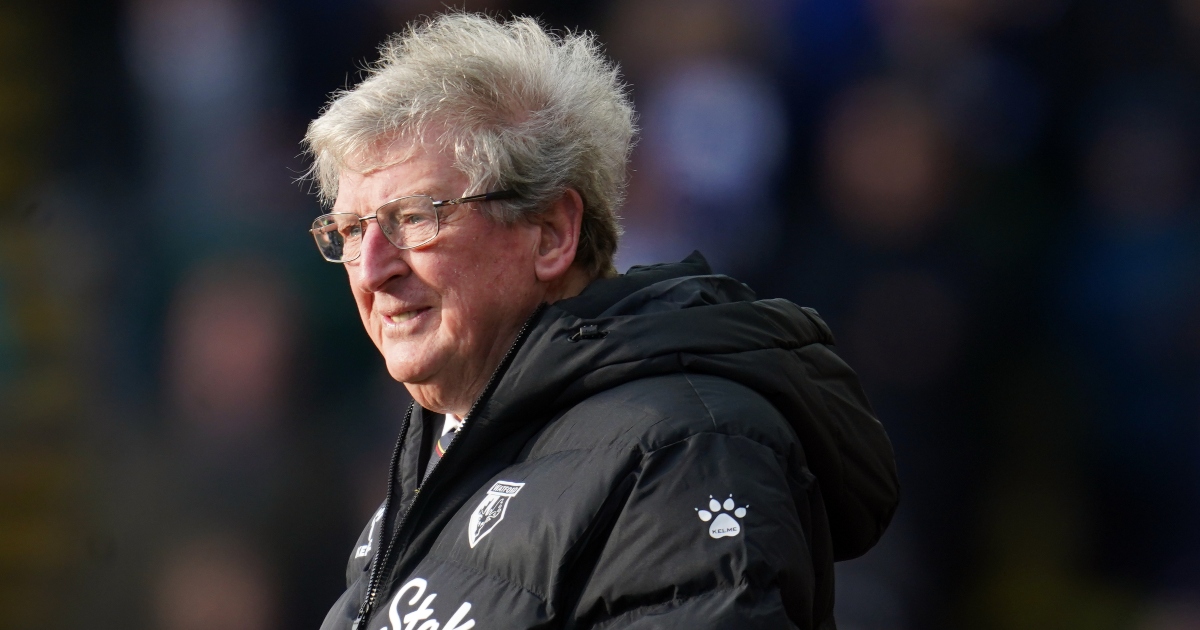 Watford boss Roy Hodgson insists their win over Manchester United earlier in the season will have no bearing on the return clash this weekend.

Both managers have been replaced since the Hornets shocked Ole Gunnar Solskjaer’s visitors to win 4-1 at Vicarage Road in November.

The game proved to be Solskjaer’s last in charge of United as he was sacked days later, while Watford manager that day Claudio Ranieri has since also paid the price for poor results.

He was replaced by Hodgson, who has won one of his five matches at the helm with Watford 19th in the table heading into the weekend.

The former England manager may have been forgiven for casting an eye back to how Watford had seen off United but he feels that, given the amount of the water that has gone under the bridge in the past three months, it holds no weight this time around.

“None at all,” he replied when asked how much of a boost his players will get from the win over United earlier this season.

“I’d love to bring back the person who masterminded that victory, put out the same team and hope that lightening strikes twice.

“As far as I’m concerned, past results have no effect whatsoever on future results. It is a different team, possibly, and a different manager and coach in Ray (Lewington) and myself.”

“If they play the way they did against Villa, I think they have a chance.”

Hodgson also admits he cannot rely on his own good recent form at Old Trafford, having gone unbeaten in his last three matches there as Crystal Palace boss, including winning on his previous two visits.

Asked if there was a secret, he replied: “No, pure fluke or working with a good team maybe!

“Palace were good up there, we had two particularly good games I remember up there against them.

“But I’ve got to say that for me, I’m a great believer in the in the Swedish mantra – that sounds better in Swedish – but translated as ‘what has been, has gone’.

“There’s no doubt that I enjoyed those moments immensely. I remember coming back on the coach or the train after the game and thinking what a wonderful feeling it was to play well enough to beat Manchester United at Old Trafford.

“Quite frankly, it has no bearing at all on my thoughts with this game and I can quite honestly say that there is no magic or any sort of dust I can sprinkle which will help Watford.

“We’ve got to go there from our position, which is a difficult one and try to do what Palace were capable of.”

A run of 10 defeats from the 13 league games after the win over United leaves Watford in the relegation mire but Hodgson is still confident in his players.

“We are confident we can do a good job in preparing the team each week for the games coming up,” he said.

“We are confident we have a group of players here who understand the gravity of the situation and don’t want to be relegated and know they are going to have to fight.

“But I don’t know where extra confidence comes from when you’re not winning matches and taking points, it has been a long spell now for Watford.”