Home All The News Hodgson: Palace attitude against Brighton will ‘live long in the memory’ 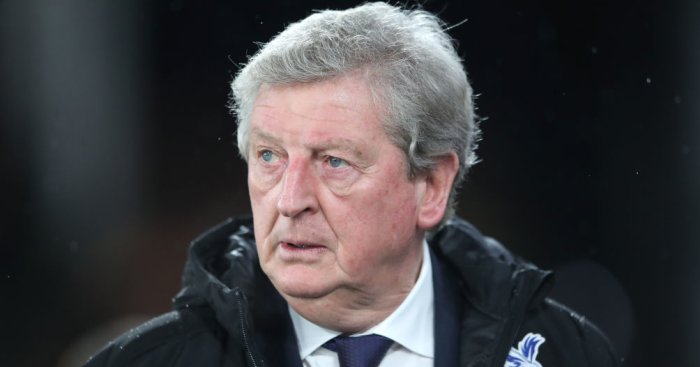 Roy Hodgson says Crystal Palace’s performance against Brighton was the perfect summary of his tenure as manager.

Palace battled back from behind to snatch a point from a game that their opponents had the better of, with Wilfried Zaha eventually cancelling out Neal Maupay’s opener.

With the Eagles’ squad thin on the ground, Hodgson was proud of the way his side showed the determination to get a result from the game.

“It was an incredibly gutsy performance, especially after the first half when we had to chase a lot and we had a makeshift left-back,” Hodgson began. “We had to put a central midfielder at left-back and the scenario was set for us to accept out fate because we weren’t creating chances or getting the possession we wanted.

“But then we came alive and it was a fantastic effort. I’m full of praise for the way we went about combating a very good team in very good form and dealing with the incredible injury crisis which has decimated our first XI.”

Hodgson admitted, though, that Palace could still have come up with a better tactical plan despite their limited resources.

“We got the tactics wrong,” he added. “We were determined to take the game to them and play on the front foot but it didn’t work because they played around us and we didn’t win the ball back as we thought we might.

“We shored things up in the second half by bringing Wilfried Zaha and Jordan Ayew into a deeper position. We gave Brighton the wing space more than the central space and we restricted them largely to shots from distance.

“Their goal seemed to galvanise us and it gave us another lease of life and this performance will live long in my memory for the attitude. It sums up the club in my time of being here. I can only hope in the January transfer window we find a few players who will give us the chance to have a calmer second half of the season.

“I can’t praise my team enough for the character and guts they showed to stay in it at a time when we are a wounded animal.”

The former England manager was also happy to see a Palace academy product in Zaha scoring a crucial goal in his 100th game in charge.

“I think it’s Wilf’s third goal in four games, it’s something he’s worked on and he’s shooting an awful lot more than he used to now in training. When you have a player like Wilf and a team with guts and determination you always have a chance.

“I am hoping we will have a calmer second half of the season, when hopefully we will have strengthened in January. This is my club, in my heart going back to my boyhood, it’s a nice place to be, it’s nice to have done 100 games and let’s hope I can get a few more before I retire.”