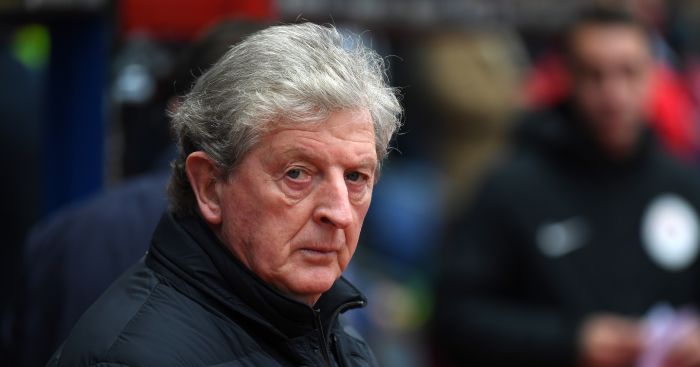 Roy Hodgson has dismissed suggestions the departures of veterans Julian Speroni and Jason Puncheon mean Crystal Palace are embarking on a “new era”.

In Luka Milivojevic, Mamadou Sakho and Scott Dann the Eagles boss also believes they already possess the figures they need to replace the leadership qualities they are losing.

It was this week confirmed that the popular Speroni will leave the club after 15 years and Puncheon after six, concluding a period in which both have been so influential in establishing Palace in the Premier League.

For the first season since their promotion from the Sky Bet Championship in 2013 Palace have not been threatened by relegation. They also have plans to expand Selhurst Park and to invest in their squad which, amid the exits of Speroni and Puncheon, represents significant change.

Hodgson, however, is adamant they have no desire to change from the approach that has been so crucial to their progress – a mistake other Premier League clubs have been accused of making as their fortunes have declined.

He also suggested that those two could be sacrificed because of the alternatives Palace already have.

“This isn’t a question of regime change or a new era dawning,” the manager said.

“We’re looking next season to keep the nucleus of what we think is a good team and hopefully add to it because we know that staying in the league. It’s been a fight and a struggle and we need to make sure we’re as well-equipped as can be.

“We’ve still got quite a few experienced players, quite a few who’ve been at the club a good number of years; certainly leaders like Luka Milivojevic and Mamadou Sakho. Although they haven’t been here 15 years, they’ve been here long enough to take on that mantle, so I’m not concerned about that.

“Scott Dann’s another who’s quite prepared to take on those leadership qualities so we’re OK, which isn’t trying to decry the fact that 21 years of experience and passion for wearing the red and blue of Crystal Palace can’t be replaced in a heartbeat, and I don’t think we’ll try.

“Everyone at the club’s got to (retain those values): Steve Parish, Doug Freedman, me, people in the academy. You keep making certain those messages don’t get diluted or changed.”

Palace conclude the Premier League season at home to Bournemouth, and Hodgson is encouraged that their promising manager Eddie Howe has not appeared under pressure, despite their recent poor results.

“The people at Bournemouth – I’d be very surprised if they didn’t understand, ‘We’re lucky here, we’ve found ourselves a manager and a coaching staff that has brought us to where we are and done a fantastic job in keeping us there’,” said Hodgson.

“I’d be surprised if they were thinking, ‘Let’s jump ship from these guys because we’ve lost a couple of games’.

“(The short-termism around modern managers) is something I can’t possibly fathom.

“This is the way social media and the media and the fans operate and I should come to terms with it but I don’t understand it at all.”