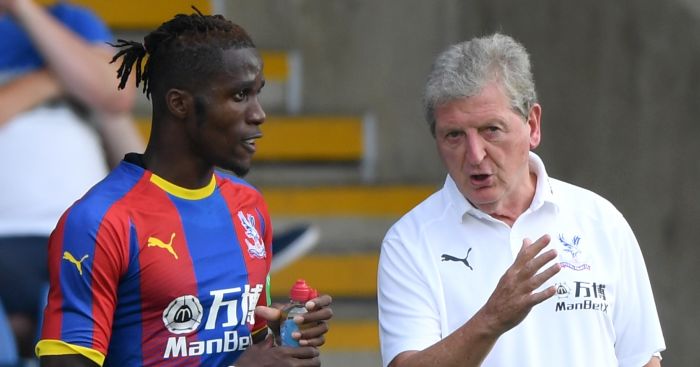 Roy Hodgson had admitted that Wilfried Zaha is in top form for Crystal Palace but doesn’t want to put too much pressure on his star man.

Zaha has been pivotal for Crystal Palace so far this season, after a summer of speculation linking the Ivorian with a move away from Selhurst Park.

Hodgson is well aware of the ability of the winger and hopes he can carry his form through the rest of the season.

He said: “I’m frightened to say too much in case I jinx him.

“I’m rather hoping he will bring that form that we’ve seen in the last two home games when we play tomorrow. We know he’s a match-winner in that type of form.”

The Palace boss also spoke of the hole left in midfield by injured Luka Milivojevic, and is aware of a difficult run of fixtures for the Eagles.

“In the midfield area we do have options. It will be quite a simple case of replacing him.” Hodgson said.

“We are disappointed to lose him because he is an important cog in our wheel.”

“Of course I’m pleased [with their start to the season] but we have a very difficult series of fixtures coming up. Most of us go through periods where defeats come our way and those defeats pile up.

“We’re aware of those things but there’s no point of concerning yourself with that. You never quite no what is around the corner.”