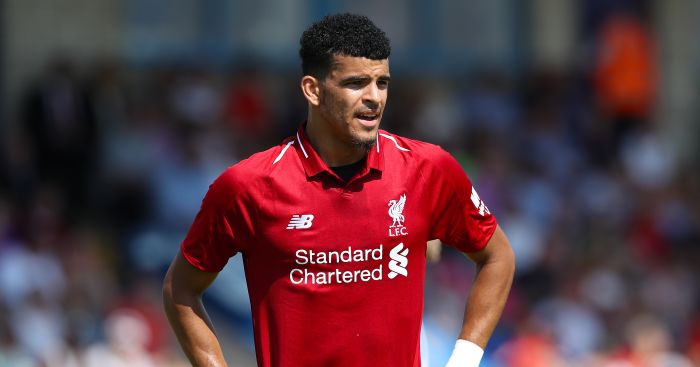 Jordan Ayew’s first goal of the season and Luka Milivojevic’s penalty secured a late but deserved 2-0 victory for the Eagles at Wolves on Wednesday.

The Eagles have scored just 19 times in 21 Premier League games this season and victory eased Palace’s goal worries after a switch for Liverpool’s Solanke fell through with concerns over his fitness.

“It seems to be (dead). It was a club decision and we were interested but it turns out there were other factors involved and it wasn’t the right moment,” said Hodgson, who confirmed Jason Puncheon is closing in on a move to Huddersfield.

“I do feel disappointed for the player because he made up his mind in our favour but it didn’t work out in the end. These are things you accept as a manager because there are elements which are beyond the coaches’ control.

“If there are other players the club can bring in I won’t be adverse to that because we have a very small squad and we don’t have a lot to back us up.

“We are on the look out and the chairman and technical director are anxious to do what they can.”

Palace, who remain 14th, left it late in a drab game as Swansea loanee Ayew netted for the first time since last April.

He pounced from six yards with seven minutes left and Milivojevic sealed victory from the spot after Ryan Bennett fouled Wilfried Zaha in injury time.

Hodgson added: “It was a good 95 minutes from us.

“The team performance was very good, we were playing a side in very good form so to come here and play the way we did, we have to be very satisfied.”

Willy Boly miscued a free header and Matt Doherty nodded the loose ball over in Wolves’ only serious chances.

Defeat came after Saturday’s impressive 3-1 win at Tottenham and was Wolves’ fifth at home in their last seven outings as they slipped to ninth.

Boss Nuno Espirito Santo said: “Yes, we’re very disappointed naturally, but we have to look at it. We didn’t perform well enough to control the game. We didn’t have a good performance, for many reasons.

“We have to improve at home and find solutions.”

“I cannot comment on that. I can comment on how we work and the transfer window is now. We anticipated it before.” he said.

“We have to look at it and analyse what we have in front of us and who can deliver. Anything can happen.

“This squad will stay with us, the core is there, we have to know if we need something.”