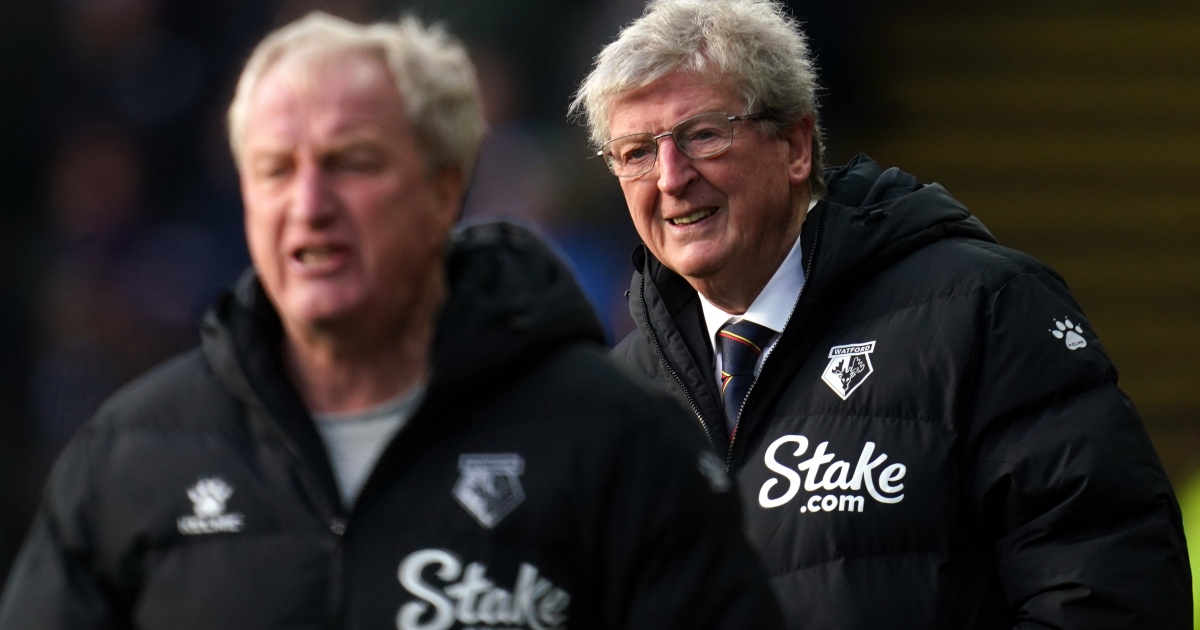 Watford boss Roy Hodgson insists he is not irritated by the financial support given to his successor at Crystal Palace, Patrick Vieira.

Vieira spent over £60million last summer in recruiting Joachim Andersen, Marc Guehi, Michael Olise and Odsonne Edouard, while Conor Gallagher was brought in on loan from Chelsea and has made a major impact at Selhurst Park.

Wolves and Leicester are headed in polar opposite directions

The former Arsenal and France midfielder has been credited for making Palace a far more entertaining outfit, but the Eagles are actually six points worse off after 26 games than they were under Hodgson last season.

Hodgson said: “Palace are doing well, they’ve improved the team and brought some very good players into the club.

“Furthermore they still have the basis of that experience that I was able to use when I was there.

“Nothing miffs me about Crystal Palace because I spent four very good years there.

“I was given the support the club was able to give me. Luckily they’ve been able to give Patrick even more support, certainly in terms of money and the players they could buy.

“I was reminded we had 32 points after 25 games last year, so we must have been doing something right.”

🇨🇴 @cucho1099 with the rabona! pic.twitter.com/QVrBqE7JKY

Palace fell away in the final weeks of the 2020-21 campaign, with a lengthy injury list and so many players out of contract causing disruption in the squad.

The Eagles lost six of their last eight games as Hodgson’s tenure ended on a sour note.

But Hodgson, who took over in September 2017 with Palace 19th in the Premier League, led them to 11th, 12th and two 14th-placed finishes and the 74-year-old former England boss considers it possibly the best job he has done in club management.

He said: “I would put it alongside Halmstad and Malmo (in Sweden).

“In some ways Malmo was a bit like managing a Swedish Manchester City, so I’m tempted to say it was the best job given the circumstances.

“How we worked through those four years, those same players shouldered the burden to keep us in the league.

“They had to work very hard on their team shape, their team discipline and their organisation. So I’d be tempted to put it as the best.”

Watford welcome Palace to Vicarage Road on Wednesday four points from safety after claiming their first victory under Hodgson.

The Hornets won 1-0 at Aston Villa on Saturday – their first victory for three months – but they face a demanding set of fixtures after Wednesday with Manchester United, Arsenal, Wolves, Southampton and Liverpool five of their next six opponents.

“This is one game of 14,” Hodgson said of Palace’s visit.

“I don’t want to build it up this game as ‘if we win it we’re safe, if we lose it we’re relegated’. That would not be the case.

“If we win it, we’ll be a lot more comfortable and a big boost for us going forward. If we lose it, we’d have to get the points in the following 13 games.”