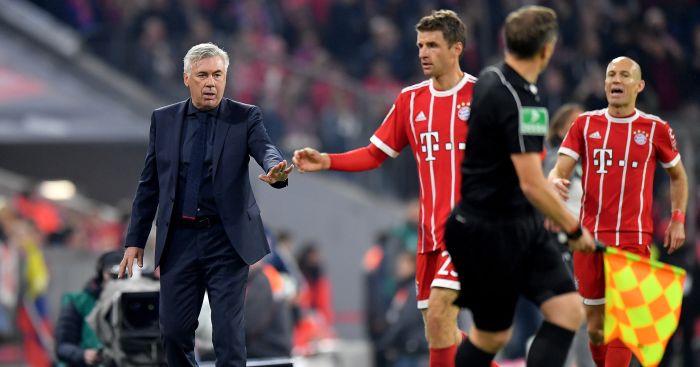 Bayern Munich president Uli Hoeness says Carlo Ancelotti was struggling to maintain the support of the dressing room before his sacking on Thursday.

Thomas Muller and Robert Lewandowski were among the senior players that Ancelotti was reportedly struggling to win over despite winning the Bundesliga last campaign.

Ancelotti left the club on Thursday, the day after the club’s heavy 3-0 defeat to Ligue 1 outfit Paris Saint-Germain and Hoeness reveals that “five important players” were against him.

“As coach, you can’t have your most prominent players as enemies,” Hoeness said.

“In my life, I’ve learned a saying: the enemy in your own bed is the most dangerous. That’s why we had to act.

“The fact that, in my view, in the past few days the coach turned five important players against him – [Kingsley] Coman, too, whom he also didn’t let play – at a stroke, he never would have made it.”