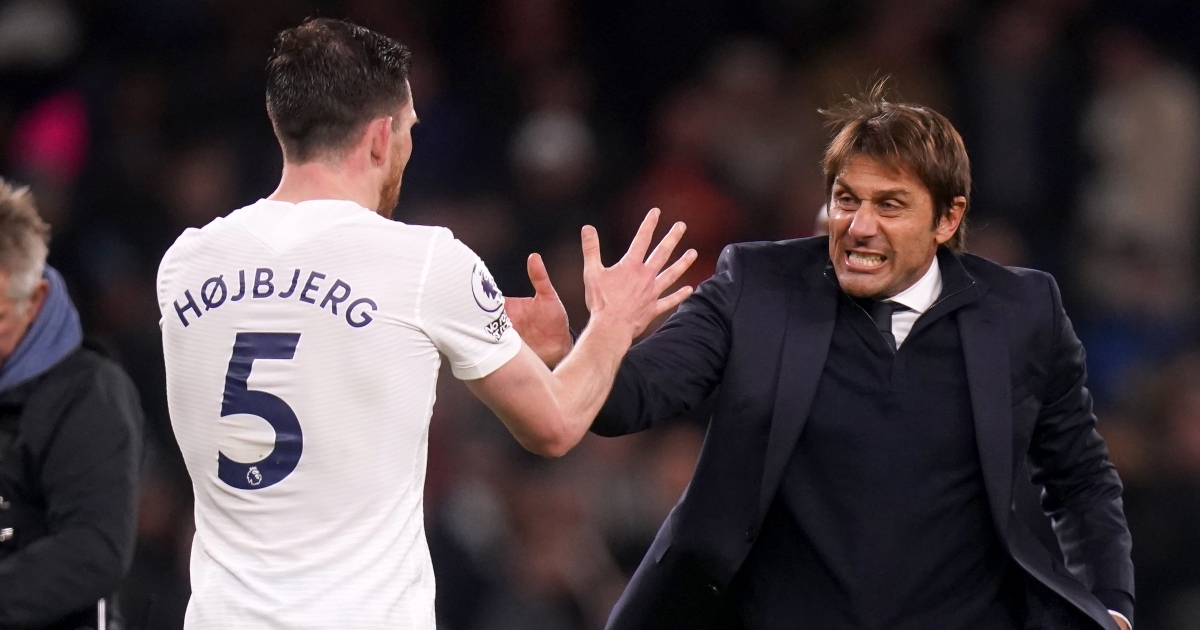 Antonio Conte took charge of his first Premier League match as Spurs head coach against Marcelo Bielsa’s men, coming from 1-0 down to win the match.

The half-time whistle concluded the north Londoner’s sixth consecutive half in the league without registering a shot on target.

After a disappointing opening 45 minutes against Leeds on Sunday, Spurs were booed off by home fans at the Tottenham Hotspur Stadium.

Hojbjerg – who scored the equalising goal before Sergio Reguilon’s winner – discussed the boos, admitting he ‘understands’ the fans’ frustrations.

“I kind of understand [the boos],” Hojbjerg said afterwards. “I hope it won’t happen again but I understand there are high demands and high pressure.

👀 Boos of frustration ring out at the Tottenham stadium as Spurs go in a goal down and still without a shot on target in over 225 minutes of Premier League football pic.twitter.com/Tnn5POHZeP

“The fans have great expectations because we’re a great team, so I take that as a compliment.

Spurs face Mura away from home in the Europa League on Thursday before facing Burnley at Turf Moor on Sunday afternoon.

Elsewhere, Paul Merson has claimed that Ole Gunnar Solskjaer’s plans were “thrown out of the window” when Cristiano Ronaldo returned as he took away a key Man Utd “weapon”.

“Then, just before the season starts, he gets given Ronaldo. I think he’s thrown it all out of the window. From day one, they’re not a better team with Ronaldo in it.”