Home Mediawatch Hold the back page for ‘exclusive’ football Googling 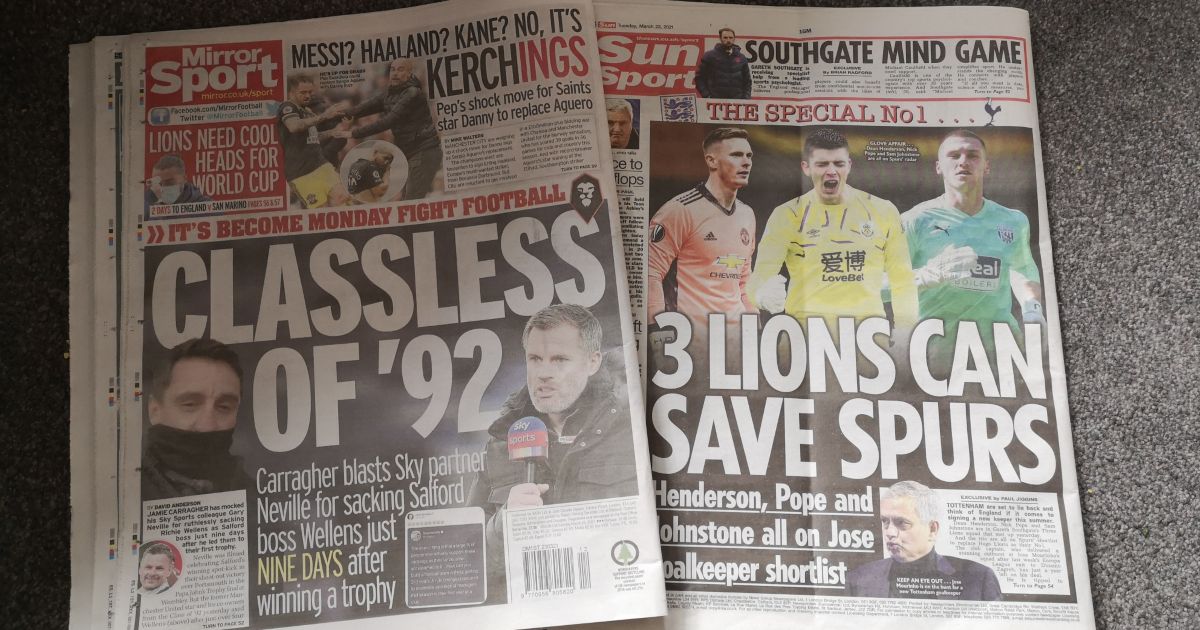 It’s international week and everybody is struggling for football news. So why not just pull an exclusive out of your arse?

Hold the back page
It’s international week and Jose Mourinho pulling himself back from the brink by being in charge of the Premier League’s in-form side means that newspapers are scrambling for back-page headlines.

We start with The Sun and an ‘exclusive’ from their resident Comedy Cockney Paul Jiggins that Tottenham are interested in England’s three goalkeepers, though we suspect he largely wanted to snigger that ‘TOTTENHAM are set to lie back and think of England’. Naughty, naughty.

What Mediawatch is not-so-quietly wondering is exactly what makes this an ‘exclusive’? It was on January 1 that Jiggins’ colleague Charlie Wyett told us that Dean Henderson and Sam Johnstone were Tottenham targets as Hugo Lloris was a likely signing for PSG. And it was on February 23 that Adrian Kajumba wrote in the Daily Mail that Nick Pope is a Tottenham target. And of course that was reported in The Sun because churnalism.

And yet here we are on March 23 with Jiggins claiming interest in the trio as an ‘exclusive’. The first to put them all together? Whoop-de-doo.

Over at the Daily Mirror, they are pretending that Jamie Carragher’s gentle ribbing of Gary Neville over the Salford sacking of Ritchie Wellens is ‘MONDAY FIGHT FOOTBALL’ and that Carragher has ‘blasted’ his Sky Sports partner. And that, ladies and gentlemen, is the biggest story in sport. This is going to be a long old fortnight.

Elsewhere on that back page, Mike ‘Wacky’ Walters details a ‘shock move for Danny Ings as Sergio Aguero’s replacement’ (that is also on the back page of the Daily Star and the Daily Express). The real shock is that it has taken him six weeks to read David Ornstein in The Athletic.

Over at the Daily Mail, they have their own ‘exclusive’ that ‘MANCHESTER CITY are hoping that hiring a team of rocket scientists will help them soar above their rivals’ as they detail that ‘after hiring former astrophysicist Laurie Shaw as ‘lead artificial scientist’ in January, the club have made at least three more similar appointments’.

And of course, that story is entirely different to when Shaw’s appointment was announced in January and it was said that ‘he joins an expanding team that already includes a performance physicist’. Odd how Bloomberg did not refer to Shaw as a ‘rocket scientist’. It’s almost like it’s not exactly the same thing and the Mail are just excited to be able to use exclamation marks on their back page! 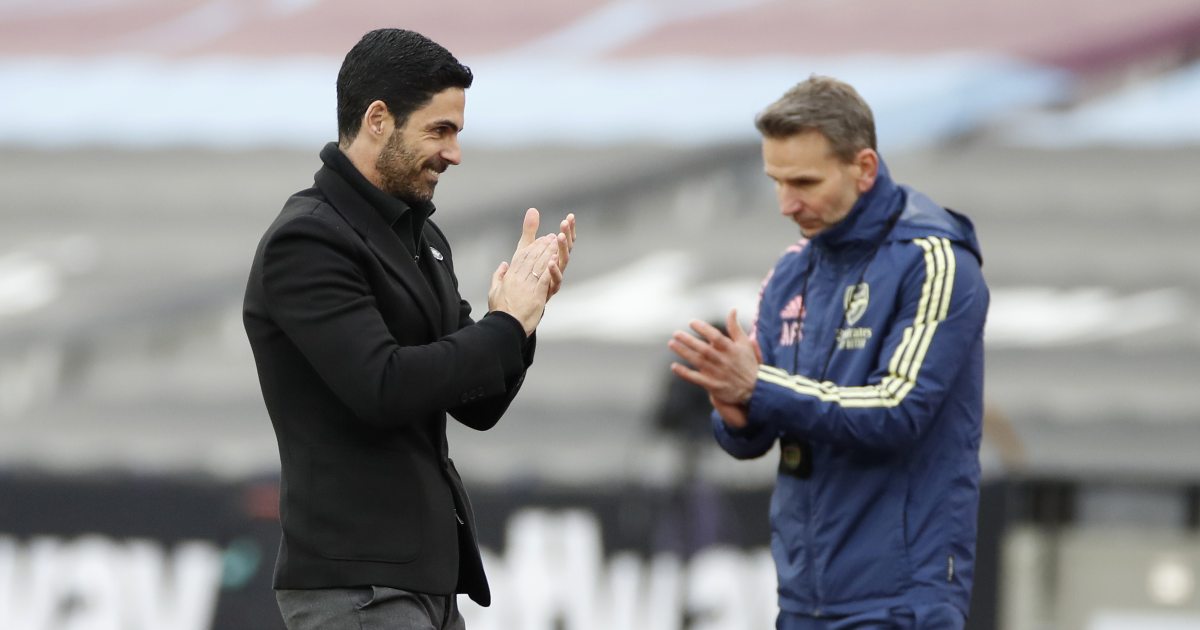 Emery bored
Everybody needs a hobby – especially in lockdown. And Dave Fraser of The Sun has his:

Everybody needs a hobby… pic.twitter.com/PETbcIm0f4

It’s even got him as far as the actual Sun newspaper as the international break kicks in.

‘ARSENAL are on course for a reunion with Unai Emery in the Europa League semi-finals – but things are already getting awkward when it comes to their former boss.’

And the ‘awkward’ is that Mikel Arteta has a worse Premier League record with Arsenal than Unai Emery, which is something that Fraser has underlined so often that it’s in danger of becoming an obsession.

It might now be time to move onto the next stage: Finding an Arsenal fan who actually prefers Emery.

Six sells
Mediawatch enjoyed Dave Kidd’s paean to Leicester City boss Brendan Rodgers in The Sun, though the idea that he ‘has broken up the Prem’s Big Six cartel’ seems a tad misleading when even Wolves finished ahead of Arsenal last season, while West Ham and Everton are both above the Gunners right now. There isn’t really a ‘Big Six cartel’, except in terms of finances. In fact, the latest Deloitte Football Money League has both the Hammers and the Toffees above Leicester. Rodgers is doing a phenomenal job but let’s not pretend that the Big Six is about finishing in the top six.

Kidd writes that ‘no other side outside the Big Six have finished in the top four for 16 years’, as if pretending that the Big Six has been A Thing for 16 years makes Leicester sound even more special. The fact is that 16 years ago, Manchester City finished eighth and Tottenham finished ninth below Bolton and Middlesbrough. Indeed, it would be another five years before both those clubs actually finished in the top six.

Also, we hate to point this out but Leicester threw away a bigger lead over fifth last season and they have a filthy run-in. We genuinely hope Leicester do claim a Champions League place but, well, shall we wait before we crown a new king?

Great Brits
Mediawatch was initially baffled by Stan Collymore’s claim in the Daily Mirror that Brendan Rodgers winning the FA Cup with Leicester would ‘rubber stamp him as one of the top two British managers in the game’, but then we remembered he declared Frank Lampard to be ‘the brightest English coach to emerge for a generation’. That’s quite the company for Brendan.

Tiki-Taka-Toe
Elsewhere in his column, Collymore gets very angry about Tiki-Taka football played by ‘Pound-shop Pep’s’ (their apostrophe), who are ‘trying to turn water into wine’. And what has caused this latest explosion?

‘This week’s culprit? Fred at Manchester United. Facing his own goal, running straight at the ball from Henderson, his touch has to be spot on, but his back pass produced a Leicester goal at a key moment of the game.’

Yep. What you have described there is a really sh*t back pass. Now what’s the connection between that and ‘a Spanish style of play in football characterised by short passing and movement, working the ball through various channels, and maintaining possession’.