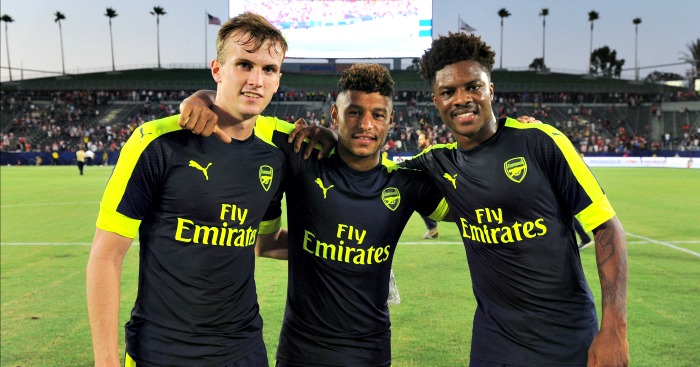 Arsenal continued their preparations for the forthcoming season with a 3-1 win over Club Deportivo Guadalajara in Los Angeles.

Goals from Rob Holding, Alex Oxlade-Chamberlain and Chuba Akpom had the Gunners in control, before their Mexican opponents pulled a goal back from the penalty spot with 17 minutes remaining.

Holding opened the scoring in the 34th minute at StubHub Center after Calum Chambers had created the opening for his central defensive partner – and it was 2-0 five minutes into the second half courtesy of an impressive individual goal from Oxlade-Chamberlain.

England Under-21 international Akpom, whose late goal gave Arsenal a 2-1 victory over the MLS All-Stars in San Jose on Thursday, made it 3-0 six minutes later.

The Gunners start their Premier League campaign on August 14 at home to Liverpool.