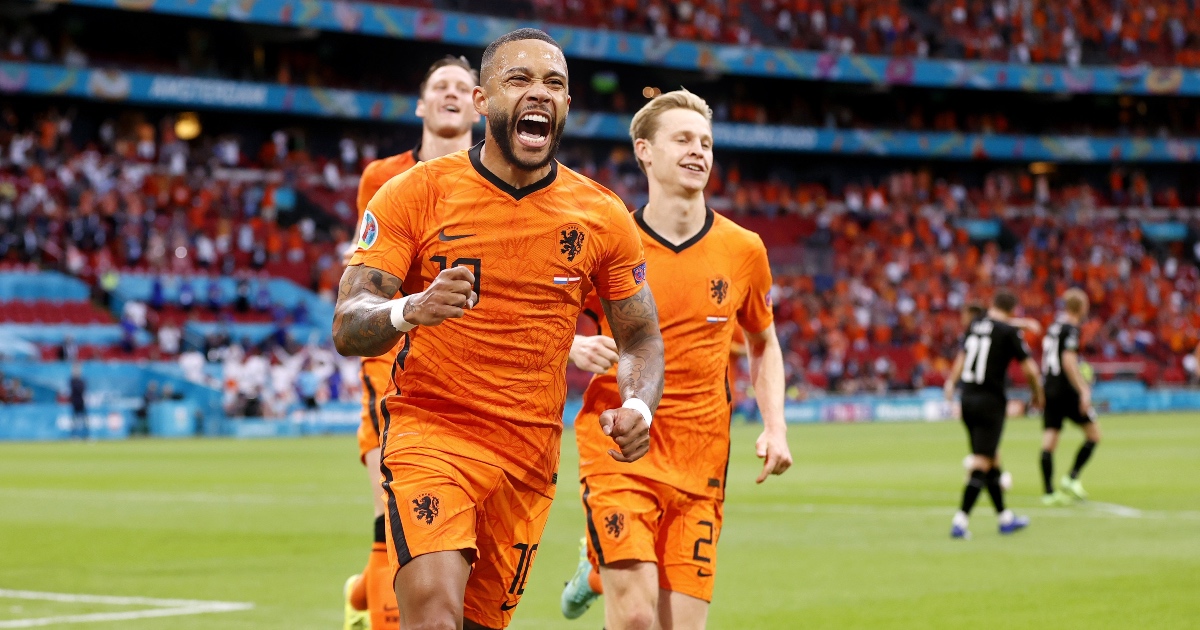 The forward was heavily linked with Barcelona after deciding not to extend his contract with Lyon.

The move continues Barca‘s transfer policy of bringing in players for free. Sergio Aguero and Eric Garcia have also been signed without any expenditure due to the club’s lack of finances.

When asked about Depay’s move, De Boer said (via Goal): “It’s a relief. Maybe that gives him an extra kick to perform even better. We need Memphis in top form.”

The forward notched 22 goals in all competitions during the recent season but is yet to reach his best form at Euro 2020.

He got off the mark with a penalty during the 2-0 victory over Austria on Thursday.

De Boer continued: “Memphis is the first to criticise himself or the way he plays and says to himself: ‘I can do better than what I’ve shown so far’.

“He is not a different person when being criticised. He is very self-confident and knows exactly what he wants. It is not so easy to upset him.

“Let’s hope he gets to the level we hope he will get. He’s very important for the team.”

Holland’s form at international tournaments has been unpredictable in recent years. They reached the World Cup final in 2010, but were knocked out in the group stage at Euro 2012.

A third-place finish at the 2014 World Cup restored some of the country’s faith. However, they failed to qualify for both Euro 2016 and the 2018 World Cup after that.

It’s fair to say De Boer will be looking to win back some fans for the team at this tournament.

When asked about the potential favourites to win, De Boer said: “Italy has made the best impression so far.

“After the win, the Germans are among the favorites again. Germany played a perfect game yesterday [4-2 against Portugal], maybe the best game so far in the tournament.”

Holland have already qualified from Group C thanks to wins over Ukraine and Austria. They end their group campaign against North Macedonia on Monday evening.