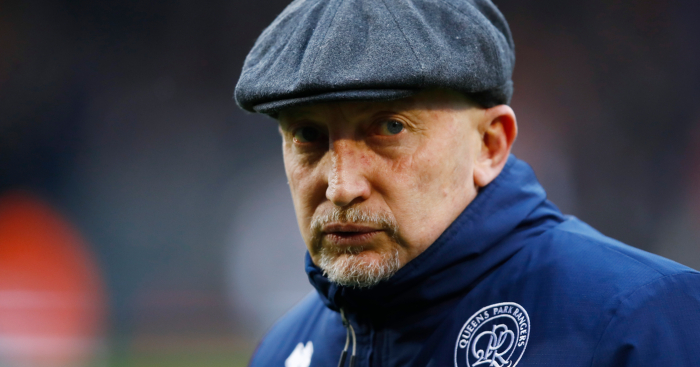 Ian Holloway has left QPR with immediate effect, the Championship club have announced.

The 55-year-old joined the Rs for a second spell as boss in November 2016, signing a two-and-a-half year deal.

But Holloway has departed with 12 months remaining on his contract after Rangers finished 16th in the Championship this season.

Chief executive Lee Hoos said: “On behalf of the board we are hugely grateful to Ian for his incredible efforts during his time with us.

“He joined us at a critical stage as we looked to reduce the wage bill, bring in younger talent and remain competitive on the pitch at the same time. That is no easy task and it was down to his desire, love for the club and hard work that he achieved those goals.

“However, we are now looking to take the next step as we continue to work through what is a vital period of transition for the football club.”

Rangers director of football Les Ferdinand added: “We would like to place on record our sincere thanks to Ian for all his efforts.

“His enthusiasm and passion for the club can never be questioned and we are immensely grateful to him for helping us during his time here.

“He will always be welcomed back to Loftus Road with open arms.”