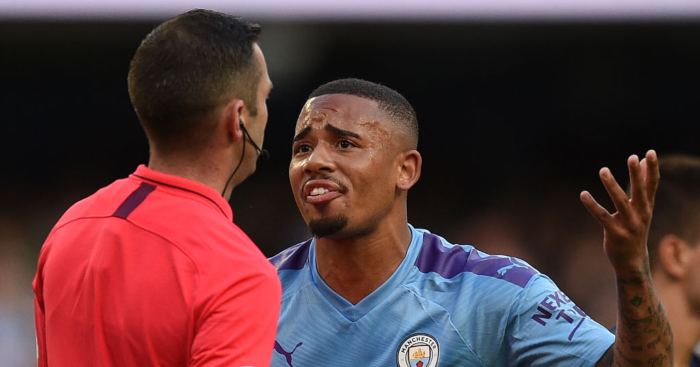 Ian Holloway has clarified comments after appearing to blame the European Union for the VAR’s decision to rule out Manchester City’s goal in their 2-2 draw against Tottenham.

City and Spurs fought to a 2-2 draw at the Etihad Stadium on Saturday, with Gabriel Jesus believing he had secured all three points in stoppage time.

But VAR ruled out his strike after a delay after Aymeric Laporte was adjudged to have handled the ball in the build-up.

Holloway linked the new handball rule and Brexit together in a rant over City’s disallowed goal.

Ian Holloway criticises VAR and hopes Brexit happens as "you cannot have someone telling us how to do our own game". ⚽

But the former QPR manager says his comments have been misinterpreted as a belief that the EU have decided football’s laws.

“People don’t listen,” Holloway told the Daily Mirror. “What I’ve said, and I can say it very clearly, is I’m sick and fed up of being told what to do by people who aren’t running our country.

“FIFA and UEFA have brought these rules in, they told us we’ve got to use VAR that I’ve got no problem with, but that handball rule that they’ve made up, I don’t want to listen to them. That’s nonsensical.

“It’s just in the same way that I’m sick and fed up of us in the UK being told what to do by the EU.

“Brexit is nothing to do with the football rules, is it? I’m not that stupid, so I suggest people wash their ears out and listen.

“What I’m saying is, as an English person, I’m sick and fed up of being told what we’ve got to do. Our country is fantastic. If you let us make our own rules up, do what we want to do, we’ll be in control of it a lot better.

“I don’t like UEFA and I don’t like FIFA telling us what we should do in our English football game. We should take control of our own game, then that wouldn’t have happened.

“We should give the referee an earpiece, so he can explain to the crowd what’s happened with VAR, and we should get rid of that handball rule when you’re checking for goals. It’s unfair and it doesn’t sit well in football.

“As for Brexit, that’s totally different. All I’m saying is I’m sick and fed up of our Prime Minister and other parties arguing over something we all voted for and we all want them to produce for us, whether it’s a no deal or not. That’s what I’m sick and fed up with.

“People who listen, I would suggest they actually listen to all of it and stop going off on a tangent.

“I know exactly what I meant and what I said. I’m sick and fed up, like a lot of people in this country, of being told what to do by people outside our country. In politics, and in football, particular with UEFA and FIFA changing the rules.”