Home All The News Holloway: Man Utd should sell Lingard after Snapchat antics 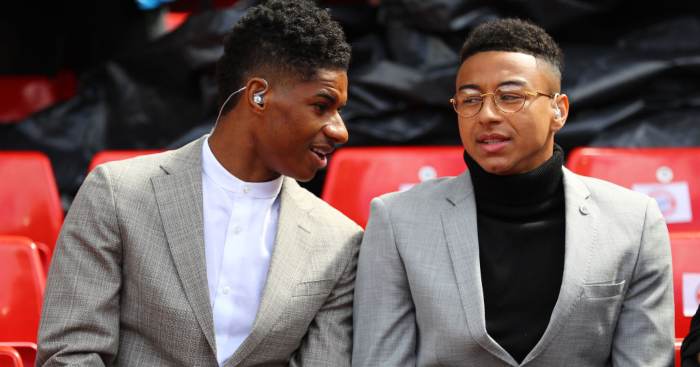 Manchester United should place Jesse Lingard on the transfer list after he shared a Snapchat video of him and his mates on holiday.

Reports on Friday claim Solskjaer is ‘furious’ over the incident and Holloway thinks the United boss continues to be “undermined” at United.

“It is unacceptable for me,” Holloway told talkSPORT.

“Would I discipline him? More than that, I would put him on the transfer list.

“For me, there is no way back. This is a huge problem.

“When you’re a professional footballer, you’re representing your club every second of every day and whatever you choose to do you have to remember that. You should always put the club first because it’s bigger than you.

“Manchester United is massive and the respect it should get from anybody who is lucky enough to play for them, they should understand that.

“And Lingard has been brought up though Sir Alex Ferguson’s regime, so he should know how to behave at all times, but he has videoed this himself and put it online himself.

“Man United are in turmoil with that dressing room, with Pogba the way he is… this manager and his staff have got to sort this out.

“As a Football manager you have a duty of care to make your players not just better players, but better people as well. That’s where we’re having terrible issues with this.

“He’s not just a young man, he has forgotten who he is, what his job and what his contract means. In his contract it will be written that you do not bring the club’s name into disrepute. He could be sacked over this, I believe.

“The work that has gone into making Manchester United who they are, what they’ve been, their wonderful history, that has been disrespected here and is on a regular basis, whenever I pick up the papers and I see Pogba talking about wants to go here or there.

“They’ve got a big problem. It’s a lack of respect around the place and you can’t have that. Your standards are the absolutely upmost priority as a manger, so he’s got to re-establish that and he has to make a statement to say this is not allowed.

“This wouldn’t happen at Liverpool now, because of Jurgen Klopp. Klopp is not undermined.

“It wouldn’t happen at Manchester City either, because Pep Guardiola is not undermined.

“Solksjaer doesn’t deserve to be undermined, but he is. When he gets the job that dressing room decides not to bother playing again.

“It’s the dressing room that’s wrong. This wouldn’t have happened before with the people and the respectful way you should be have to wear a Manchester United football shirt.”