Home All The News ‘You can keep Abramovich, we’re not swapping Delia’ 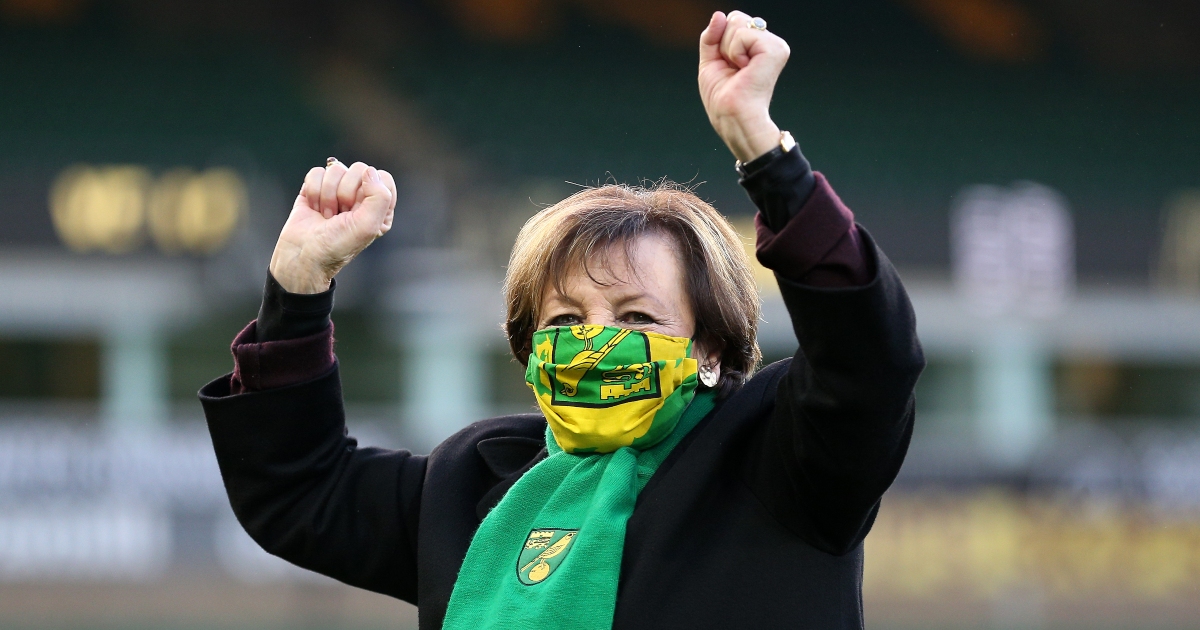 The Canaries are already being tipped to come straight back down after securing promotion back to the top flight at the first attempt.

The Norfolk club are set for a crucial summer recruitment drive as they look to avoid a repeat of their last Premier League campaign.

Hanging on to key players, including Emi Buendia, Max Aarons and Todd Cantwell will be part of their survival strategy.

But former Canaries striker Holt says building from the bottom up is the key to establishing themselves in the top flight, not throwing mountains of cash at it.

And in that respect, he believes the caution-first strategy of owner Delia Smith and manager Daniel Farke is the right one.

“There is talk about spending £70million – but that does not even make you think you might stay in,” Holt told the PA news agency.

“It is all about how it is structured, having a game plan and about from top to bottom being in the right place.

“Norwich have an owner (Delia Smith) who is stable and loves being at the football club.

“At times she has had a bit of stick, but you wouldn’t swap her because her heart is in the right place.

“We are a club which knows where we are – we are doing everything right in the background, we are seeing the rewards and have arguably some of the best English talent in the country playing great football.”

Holt worked his way up from non-league football to the top flight and was speaking at an event for Your Move, promoting the ‘Your Club Your Kit’ competition for community clubs and school teams.

“There needs to be more help and more schemes, money needs to filter down more to grassroots teams, because these are the people who prop it all up,” Holt said.

“It is so important because teams are struggling to even get a kit, which can cost hundreds of pounds.

“If there is anything which has come out of the pandemic and all of the nonsense which went on around the European Super League, it is that we need to take care of things at the bottom.”