Home F365 Says Home and away: How civil war is holding Crystal Palace back 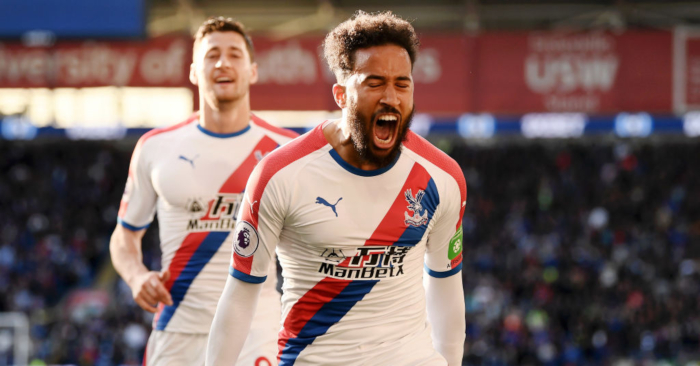 “Selhurst Park is always difficult, not just because of the stadium, but the quality of the players they have in all departments,” said Pep Guardiola last month. Manchester City have certainly had easier games, but led for 75 minutes, had 20 shots and twice as many efforts on target as their hosts en-route to a 3-1 victory.

It is a common trope: that this little corner of Croydon is ‘a tough place to go’. That Guardiola, who has managed in the Nou Camp, the Bernabeu, the Westfalenstadion, Kazan and Kiev, should view the trip with trepidation felt bizarre.

For such an oft-repeated claim, it is hardly backed up with tangible proof. Huddersfield are the only team to both earn fewer points (8) and score fewer goals (9) than Palace (17 and 14 respectively) at home in the Premier League this season. The Terriers, Claudio Ranieri’s Fulham, Claude Puel’s Leicester and mid-collapse Burnley are the only sides to be vanquished at Selhurst Park this campaign.

And so to Saturday’s victory over Cardiff, their ninth on the road. It pulls them level with Manchester United and Chelsea in terms of away wins and points (31), and above the latter on goal difference. Only Tottenham (33) and Manchester City (34) have scored more (32). They are Champions League contenders away, but Championship fodder at home.

That is the bittersweet pill Roy Hodgson will have to swallow after a season of progress. Palace have already achieved their second-best 38-game Premier League points total ever, yet the ongoing Selhurst Park civil war has placed an unnecessarily ceiling on their achievements.

The situation with the club’s supporters has come to a head this season. Hundreds of fans face being relocated from Block E of the Holmesdale Lower Stand – behind one of the goals – to make way for the eponymous Fanatics. The group, who had previously been seated near the corner in Block B, had their request for a more central singing section rejected by the club in September due to intense opposition, but will have their wishes granted next season.

It comes at the cost of numerous disgruntled fans, many of whom will be displaced from the seats they have had since the stand was built 25 years ago.

Palace have done their absolute best to appease all parties. The Holmesdale Fanatics have the move they so desired, the affected fans will be compensated with discounted season tickets among other incentives and the atmosphere will undoubtedly improve.

Whether the results follow is another matter, not that Hodgson was particularly concerned back in August. “We have 24,500 people coming in to see us play and I think all of them have that desire to get behind the team,” he said. “If there’s a small band of people who for some reason are in some sort of dispute with the club, I hope that will get sorted out in the best possible way.

It is a nice sentiment, but the results bear the truth: Palace simply perform better at home when backed by the Fanatics.

The next step will be to retain the nucleus of this squad once more. Wilfried Zaha scored one and created another in south Wales. Andros Townsend created five chances and converted the third goal to relegate Cardiff. Luka Milivojevic continued his fine season and any Palace game in which Aaron Wan-Bissaka is not the standout player is a collector’s item.

Hodgson has the makings of a fine side, and is himself a fine manager. There are frustrating inconsistencies – the last time they recorded consecutive league results of any kind was when they followed up a defeat to Watford by losing to Liverpool in January. But the foundations are there.

So too are those familiar flaws. Palace have never really suffered from top-flight travel sickness, but they have indulged in home discomforts for far too long. The pieces are in place to make Selhurst Park a difficult place to go again.