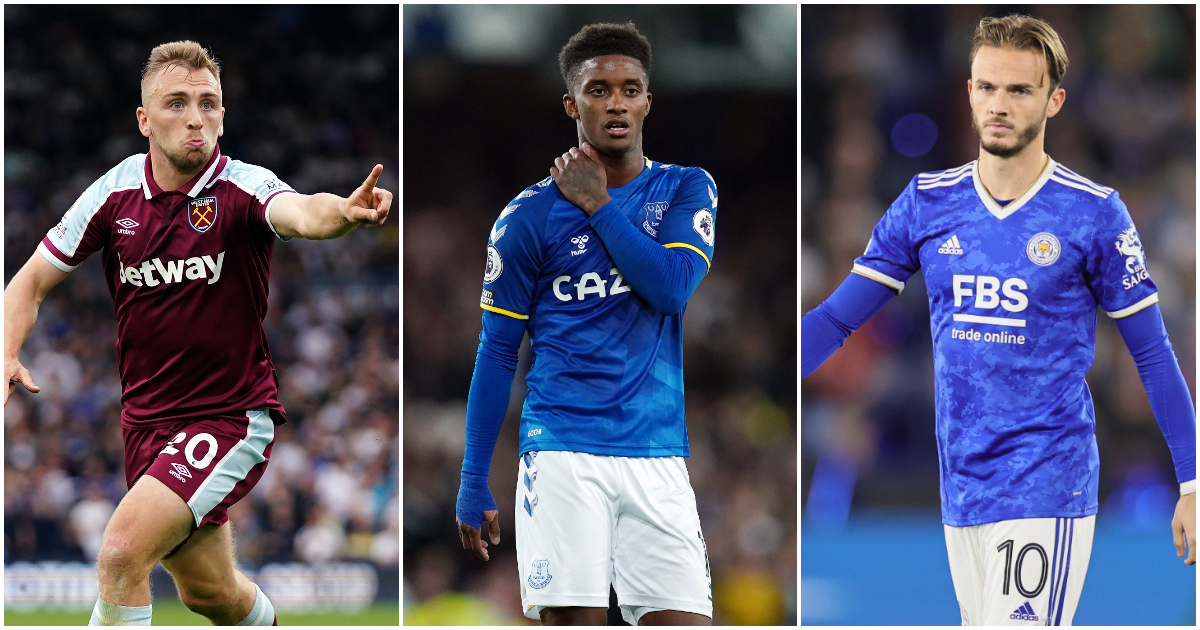 There are three players who’ve been substituted 10 times this season, and two play for the same club. That’s fun, isn’t it?

Here’s our obvious and necessary counterpoint to the most used sub feature. It’s the most-subbed player. As straightforward as it sounds, this.

Arsenal – Bukayo Saka (8)
Starboy has started Arsenal’s last 12 league games but finished only four of them. To be fair, two of those substitutions came in stoppage time with others on 87 and 85 minutes. But he was also hooked after an hour of the defeat to Chelsea and at half-time of the mullering at Manchester City back in August when Arsenal were sh*t and Saka was still processing the Euros. Also lasted barely an hour against Newcastle at the weekend, but his withdrawal there was down to injury – one Arsenal will hope is not serious because he was right back to his best.

Aston Villa – Emi Buendia (7)
Has completed the full 90 just once in his eight starts, frequently replaced between 55 and 75 minutes in that sweet spot where an attacking player is vulnerable to a manager either looking to protect what he has or change things up in pursuit of an equaliser because things just aren’t happening. Sadly for Villa, Buendia and indeed Dean Smith, it was all too often the latter and all too rarely with the desired effect.

Brighton – Jakub Moder (5)
Whether it’s as early as the 53rd minute or as late as the 84th, the Poland midfielder rarely sees a whole second half of action. Just twice this season, in fact, having finished last season with his first three full 90s for Brighton in the final three games of the season.

Burnley – Chris Wood (8)
Around the 75-minute mark of all Burnley games (because Wood starts all Burnley games) you’ll see weary centre-halves start to look towards the bench to see if their busy afternoon dealing with the pointy-elbowed Kiwi might be coming to an early end. In a wildly off-brand move, Sean Dyche often takes mercy, Wood departing during the final 15 minutes seven times in Burnley’s 12 games thus far. The one exception was at Chelsea, where he lasted only an hour. Such bold thinking paid off, though, with Burnley’s two subs that day Jay Rodriguez and Matej Vydra combining for the shock equaliser.

Chelsea – Callum Hudson-Odoi (6)
Edges out Kai Havertz, getting the hook in six out of seven starts as opposed to the German’s six in eight. Fine margins at the highest level.

Crystal Palace – Jordan Ayew (7)
Palace’s most-subbed player made way for Palace’s most-used sub in the final minute at Elland Road on Tuesday night. Bit of fun from Patrick Vieira there. Can’t do any harm, can it? Not like Leeds might score an injury-time winner or anything.

Everton – Demarai Gray (10)
No player has seen their number go up more often than Gray, who hit double figures in unfortunate circumstances due to injury at Manchester City. Stats suggest it merely delayed the inevitable, Gray having been withdrawn early nine times in the previous 11 games. Never before the 77th minute, though.

Leeds – Mateusz Klich (6)
Made it only to half-time against Palace on Tuesday night, by far the earliest of his six hookings from nine starts this season.

Leicester – James Maddison (9)
Yet to see the 89th minute of a Premier League match this season having been withdrawn nine times from nine starts. His goal and two assists against Watford at the weekend marked not only his most successful league appearance of the season to date but also his longest.

Liverpool – Diogo Jota (8)
Intuitively, it feels like Jota is in the wrong list here. He feels like a classic Big Six impact sub yet at Liverpool this season, thanks in part to Roberto Firmino’s injury woes, he’s been a pretty regular starter. Ten in all, 80% of which have been cut short although generally not by much and – given his seven goals this season – generally not due to any great failing on his part. Brentford and Manchester United are the teams who’ve had the pleasure of his company for a full 90 minutes this season.

Manchester City – Jack Grealish (5)
Has by his own admission found the move to City harder than expected. “I’ve had nowhere near as much of the ball as I used to get at Villa.” Nowhere near as much Premier League game time as well, subbed off five times before injury struck. Could return for City tonight and maybe get subbed again against…Villa.

Manchester United – Mason Greenwood (6)
Most of these have come pretty late on in games and have fallen into either the ‘what we have, we hold’ or ‘try something else for the last 10’ schools of substitutions. The half-time hooking against Liverpool not so much.

Newcastle – Joe Willock (7)
Permanent life at Newcastle has not been as kind to Willock as temporary time was last season, but he’s still started 10 of the 13 games for which he has been available and reached the last 20 minutes of nine of them. The exception was a first-half injury against Wolves.

Norwich – Josh Sargent (7)
Has started eight of Norwich’s last 10 games, but finished only one of those. Are those substitutions mainly between 65 and 80 minutes? You better believe they’re mainly between 65 and 80 minutes. Not saying Premier League management is an easy gig – I’m sure there are complexities to it that I’m not saying – but if doing this feature has taught us nothing else (and it hasn’t) it’s that a lot of substitutions are quite paint-by-numbers.

Southampton – Che Adams (5)
Both Adams and Oriol Romeu have been subbed off five times this season, but Romeu has started every game. Adams just the nine, including a half-time hooking after Southampton’s disastrous opening 45 at Anfield on Saturday.

Tottenham – Lucas Moura (6)
Finally made his first goal contribution of the Premier League season when teeing up Pierre-Emile Hojbjerg against Leeds in what was his 10th start. Still didn’t save him from a sixth substitution of the season, though. Was on 88 minutes, mind.

Watford – Emmanuel Dennis (6)
His two most telling contributions have come in games where he was not substituted – that 26 game-turning performance off the bench at Everton and then making fools of Manchester United across a full 90 minutes. The Everton game was his only substitute appearance of the season; it seemed to work, maybe Watford should stick with that? Generally, though, he’s a 70-minute kind of guy. All his withdrawals have come between 66 and 75 minutes.

West Ham – Jarrod Bowen (10)
Here’s an interesting one. There are only three players in the whole Premier League in double figures for substitutions this season, and two of them play for high-flying West Ham. Is that interesting? Is anything interesting? Is there any point to any of this? Been a long couple of years, hasn’t it? Anyway, Bowen beats Said Benrahma here because he’s been withdrawn 10 times from 12 starts whereas Benrahma has started every game. Both doing alright, aren’t they?

Wolves – Trincao (8)
Finished a whole game just once this season, playing every minute of a 2-0 defeat to Brentford. Seems harsh on the bloke given he’s another one generally expected to give a good solid 70 minutes of his time. No more than 86 minutes, no fewer than 63 in any of his other eight Premier League starts this season.