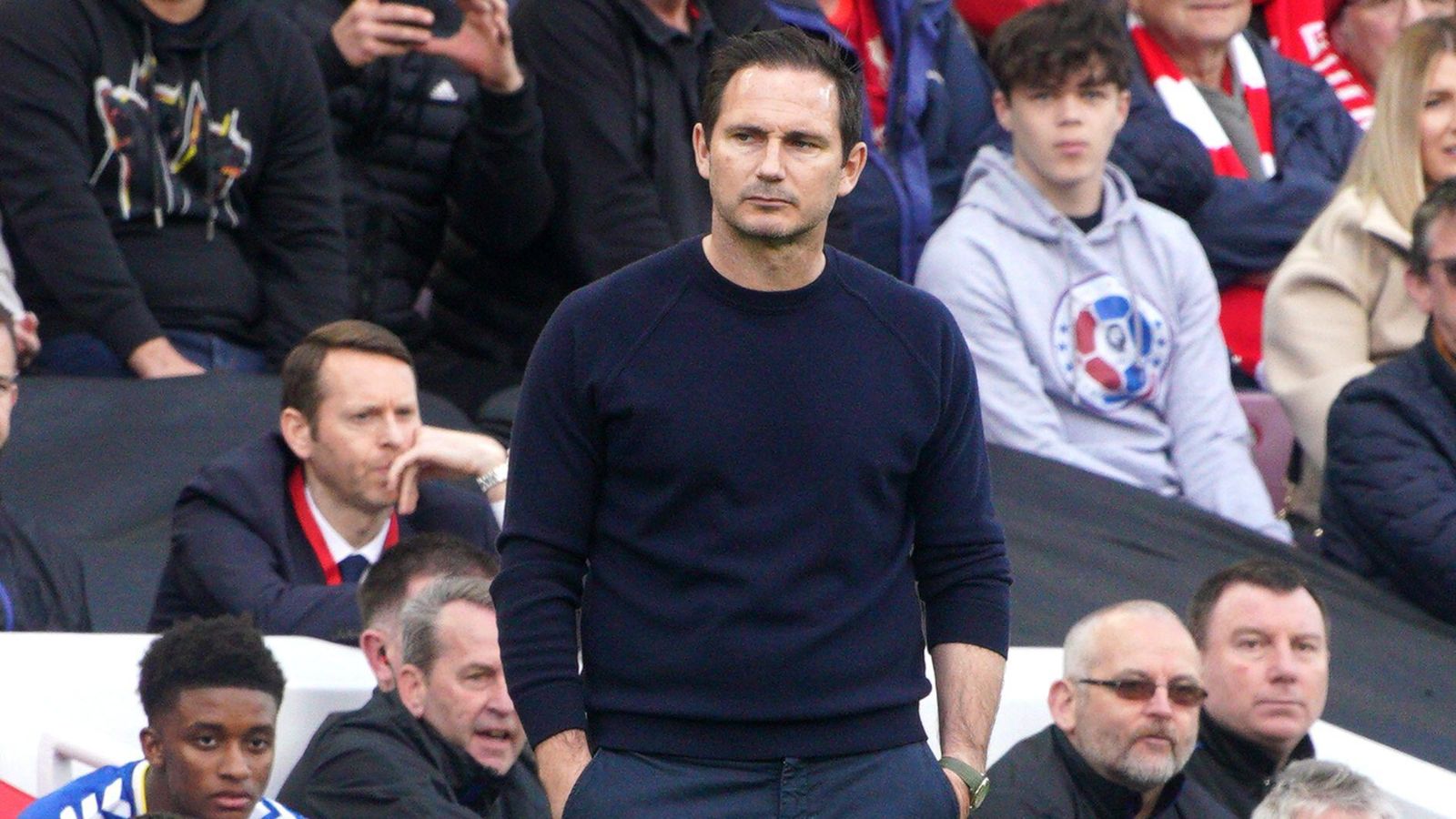 This isn’t anti-Everton sentiment, but I bloody love seeing Frank Lampard’s Everton getting beaten and I’d love for them to go down with him as manager. There, I’ve said it.

I’d want the same for any club managed by Mr Lampard right now. It’s not anti-Frank as a person either; I’m sure he’s a perfectly nice fella. It’s what he represents.

My Lampard antipathy is rooted in the fact that this was a job that he ought never to have been given and was not qualified in any way to do and was only given because he’s Frank Lampard, ex-top footballer. Same goes for the Chelsea job. While that sort of over-promotion of someone because they’re a famous name is less common in football now than it once was, the fact it still happens needs calling out.

Anyone who had Frank’s short nearly four-year managerial CV who wasn’t Frank Lampard would never have been anywhere near that job. Firstly, because managing Derby County and Chelsea is not a grounding to pull Everton out of a spiral of decline; fighting relegation is a skill and you need some experience to draw and great man-management to motivate the players to do it.

The fact he fell out with some Chelsea players in relatively short order and had to use Petr Cech as an intermediary should have been a warning sign to Everton that those essential man-management skills are probably not his strong point. That within weeks he was publicly questioning whether Everton players had the bollocks for the fight, only underlined this. How would you feel if someone who had only been at the club for a few weeks started slagging you off?

No-one could say that Lampard wasn’t a great player, though his endless inaccurate shooting for England still haunts me. But this obviously doesn’t automatically translate into being a manager who can take a failing side and make it a successful side. In fact, for a player who has pretty much only ever been praised and lauded, who operated at the top of the tree for so long, it was a pure ‘cross your fingers and hope for the best’ appointment. No-one knew what he’d do in adversity because he’d never experienced any football adversity before. There was not one single thing that Everton’s executives could have pin-pointed to discern that he was the right man for the job. Not one. Only his name.

More annoyingly still, his appointment fits into broader societal trends where the over-privileged constantly fail upwards, fecking up one job after another only to be given another high-ranking, highly paid job, only to do it all over again ad infinitum, meanwhile opportunity is denied to other more talented people, blocked by this underperforming elite.

What has Lampard actually done for the club? Taken them from 16th to 18th, that’s what.

Even at Chelsea, when he guided them to fourth during a transfer embargo, and was hailed as great success by those media mates who are just keeping him sweet to get stories and content, the club was already absolutely stuffed with expensive acquisitions and a development squad full of talent, the envy of most. They made par. Almost anyone could have.

At heart, Lampard represents elitism. That’s what is so infuriating. It is the assumption that the famous name will somehow by osmosis be better than someone who has already proven themselves to be good but isn’t a famous name. You’d think Everton would know this. After all, they took David Moyes, a relative unknown from Preston.

It’s been one bad thing after another attached to Lampard. When it comes to signings, Dele Alli and Donny van de Beek have been an absolutely disastrous waste of wages. In less than three months he’s tried playing 3-4-3, 4-4-2, 4-2-3-1 and 4-3-3. All of which suggests that he doesn’t know what to do for the best. Flitting from one formation to another instead of coaching a method and sticking to it looks amateurish and just communicates ‘you don’t know what you’re doing’ to the players.

Plenty of decent managers would have loved the chance to manage Everton and could barely have done a worse job than not-so-super Frankie Lampard. That they were overlooked in favour of him is frankly dumb.

The players have much more to give than he’s getting out of them. They sparked into some sort of life in the Merseyside derby, which only served to illustrate how unmotivated they had been by the manager previously.

Big-name players often still have undeserved managerial kudos ahead of actually doing anything worthy of it. This is as much a fan problem as an ownership problem. There are fans who are against some prospective managers because ‘I’ve not heard of him’. On this index Lampard scores big as a recognisable name, but it is a worthless index which should be ignored.

We have arrived at a time when, although there are exceptions, many top managers have either not played the game professionally, or not had a great career, or learned their trade at lower-league clubs. So we should always be suspicious of the big-name player taking a big job without a CV to back it up or at least one which looks like a good fit.

Football should be a meritocracy, not just another illustration of how there’s one rule for the elite and another for the rest of us. Lampard relegating Everton would perhaps make idiot owners think twice before employing someone on name and playing reputation alone.