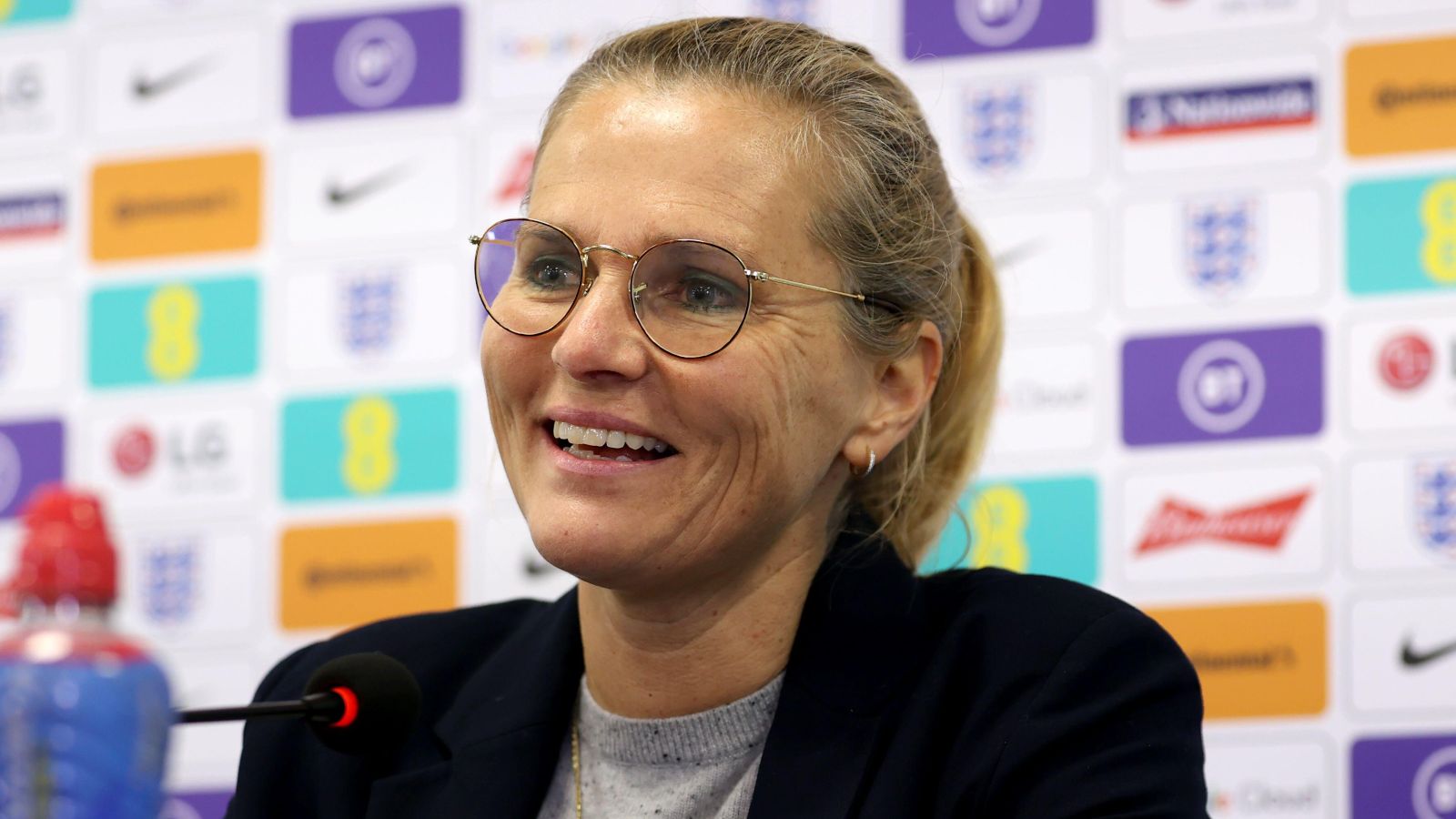 Steph Houghton and Fran Kirby are among those included in Sarina Wiegman’s 28-player provisional England squad for this summer’s women’s European Championships.

Man City defender Houghton has been in a race to be fit for the tournament, which starts on July 6. She underwent Achilles surgery in February.

Houghton is part of the initial 28-player group even though she has not played for City since January 23. Sarina Wiegman will cut down her squad to 23 in the second week of June.

Whisper it, but England are looking good for the WEuros

Arsenal midfielder Jordan Nobbs misses out after her season was ended earlier this month by a knee problem, further misfortune for a player who was ruled out of the 2019 World Cup by injury.

City winger Chloe Kelly is part of the 28, returning to the Lionesses set-up after her recent comeback from an ACL injury.

Chelsea’s Fran Kirby, absent from Wiegman’s previous squad due a fatigue-related issue, is back as well, while Jill Scott, who has been on loan at Aston Villa from City, is another included while working on her fitness.

There are also recalls for Manchester United midfielder Lucy Staniforth and Everton goalkeeper Sandy MacIver in a squad captained by Arsenal’s Leah Williamson, who was confirmed as skipper for the Euros – succeeding Houghton – last month.

Wiegman said in a statement from the Football Association: “The Euros are getting closer, and this is a big step towards the tournament.

“We have a settled squad and I know we have players in our team that will give everything to make it a summer to remember.

“It is important the players have the chance to get some rest now after a very busy season before we get back to our work. We then have a series of prep camps coming up and it is important we use this time to build an even closer connection on and off the pitch.

“We also look forward to welcoming those who have been working individually and with their clubs on their fitness in the past few weeks. We are hoping to have them back on the pitch when the series of pre camps start, so we can see where they are at.”

Wiegman’s players are set to begin a series of get-togethers at St George’s Park on May 30 ahead of warm-up games against Belgium at Molineux on June 16, Holland at Elland Road eight days later and then Switzerland in Zurich on June 30.

The Euros then open with England playing Austria at Old Trafford on July 6, and they will also face Norway and Northern Ireland in their group.

Wiegman is aiming to claim back-to-back Euros titles having guided her native Holland to victory on home soil in the 2017 edition.

That included a last-four victory over England, who have been beaten semi-finalists in each of their last three major competitions, and were Euros runners-up in 2009 and 1984. They last hosted the Euros in 2005.