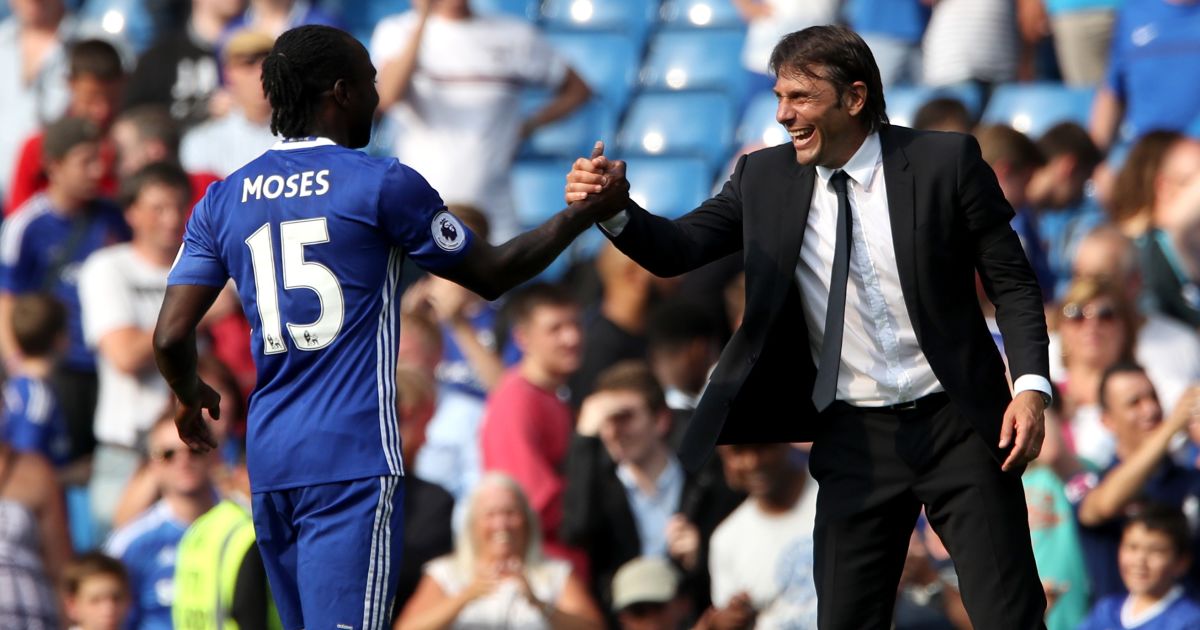 He started it with the now sadly discarded Ole Gunnar Solskjaer and now we have literally no choice but to complete the series.

Arsenal
Bans ketchup. Recalls Cedric Soares from apparent oblivion and converts him into a right-sided centre-back, with startling results. Propels Arsenal back into the Champions League with a team built around Granit Xhaka. Nicknames Martin Odegaard “Martin Overweight” and Thomas Partey “Thomas Fatty” as he continues to wrestle with the foibles of English-language banter. Strips Pierre-Emerick Aubameyang of the captaincy for looking at him funny. Wins the league in his second season but departs in a fury after being denied a mere £250m for Emile Smith Rowe and Bukayo Saka cloning experiments that challenge the most fundamental laws of nature itself and, more importantly, are quite possibly in breach of some Premier League rules.

Chelsea
Bans ketchup. Attempts to recall Victor Moses wherever he is currently out on loan and is furious to discover – along with the rest of us – that this time Chelsea have actually properly sold him to Spartak Moscow. Demands a £40m January swoop for the right wing-back, and a similar amount to bring back Nemanja Matic to play alongside N’Golo Kante. Turns down the chance to re-sign Eden Hazard from Real Madrid on a free. Rejects Diego Costa by text. Wins the title in his first season, conceding seven goals. Resigns in a bitter dispute over the wisdom of spending £40m on David Luiz.

Liverpool
Bans ketchup. Introduces his usual three-man central defence, delighted to have taken over at a club with such rich central-defensive stocks. Watches all his centre-backs suffer season-ending injuries in his first fortnight. Still wins the league in his first season as a defence comprised of assorted midfielders held together with string concedes just nine goals all season. Trent Alexander-Arnold sets new records from right wing-back, scoring 15 goals and becoming the first player to provide 30 assists in a single Premier League season. He remains Gareth Southgate’s fourth choice for England.

Manchester City
Bans ketchup. Suffers freak injury on the opening day of the season when, while calmly celebrating at the final whistle of a 2-0 win over Burnley, Conte manages to pull every single muscle in his body simultaneously. This keeps him off the training pitch for six months. Confined to his office, Conte descends into a sort of dark and troubled delirium in which he becomes convinced that City should spend some of their vast resources on an actual striker instead of more skilful No. 10s and some full-backs. This wildly off-brand thinking for both club and coach threatens to overshadow a first season where despite his injuries and constant foul humour Conte nevertheless wins the league by 12 points and restores City’s iron grip on the Carabao. Resigns on the spot, ranting semi-coherently about Jack Grealish’s shin pads.

Manchester United
Attempts to ban ketchup only to discover that, thanks to Cristiano Ronaldo’s piety and all-pervading influence over the club, United’s canteen already serves nothing but air and filtered water. Enraged, Conte resigns on the spot. United search high and low, leaving no stone unturned in their quest to ensure they get the right manager for the job this time. Four months later, United reinstate Solskjaer as interim manager, who refuses to use Conte’s old office out of respect for the Italian and sets himself up in a stationery cupboard.